Thai Cave Rescue: How We Got Them Out… 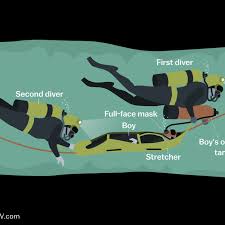 Josh was one of the small team of cave divers sent by the British Cave Rescue Council to rescue the Wild Boars football team and their coach, stuck deep inside Tham Luang cave in northern Thailand, his first ever role as a cave rescue diver and one he will not forget. 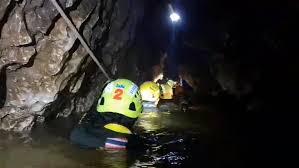 During the talk, Josh will take you through the story of the Thailand Cave Rescue, describing step by step the many challenges, solutions and emotions of the incident from both his perspective and those passed on by the rest of the dive team.

Josh Bratchley MBE is a British exploratory caver and cave diver, who is actively involved in the discovery and exploration of dry and underwater cave passages in both the UK and overseas. A professional Meteorologist seconded to the RAF by trade, Josh makes the most of his time outside of work – often up mountains, underground or underwater. Caving and diving in harsh, cold, murky caves in the UK, or running over rugged mountains in typical British conditions, has allowed Josh to develop a skill set in challenging conditions that allows him to access the far reaches of cave systems in remote places such as China, Mexico, Colombia and the mountains of Europe.