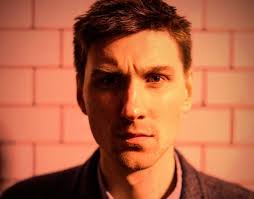 Sean McLoughlin is an acclaimed stand-up comedian and writer based in London, described as “The best comedian you haven’t heard of” by Time Out and “an impassioned and uniquely brilliant talent” by The List. He has performed on several U.K. tours and provided tour support for Ricky Gervais on his international Humanity tour and for Bill Burr at the Royal Albert Hall, as well as for the likes of Doug Stanhope and Katherine Ryan.
Sean has made appearances on Stand-Up Central, Comedy Central At The Comedy Store and fronted a 5-part series for Vice, as well as filming a set for Kevin Hart’s LOL Network at the Just For Laughs Festival in Montreal and a small part in the Netflix sitcom After Life.
A regular on the UK circuit, Sean has also headlined shows across Europe and North America and made appearances at comedy festivals worldwide, as well as performing six acclaimed solo shows at the Edinburgh Fringe. His debut album Support Act was released by 800lb Gorilla Records.
Sean’s previous podcast ‘Heal Your Wounds’ was nominated for a Chortle Award, and he is the most frequent guest on Ricky Gervais Is Deadly Sirius on Sirius XM. His current podcast is called Sean & Eliot Read The Bible.