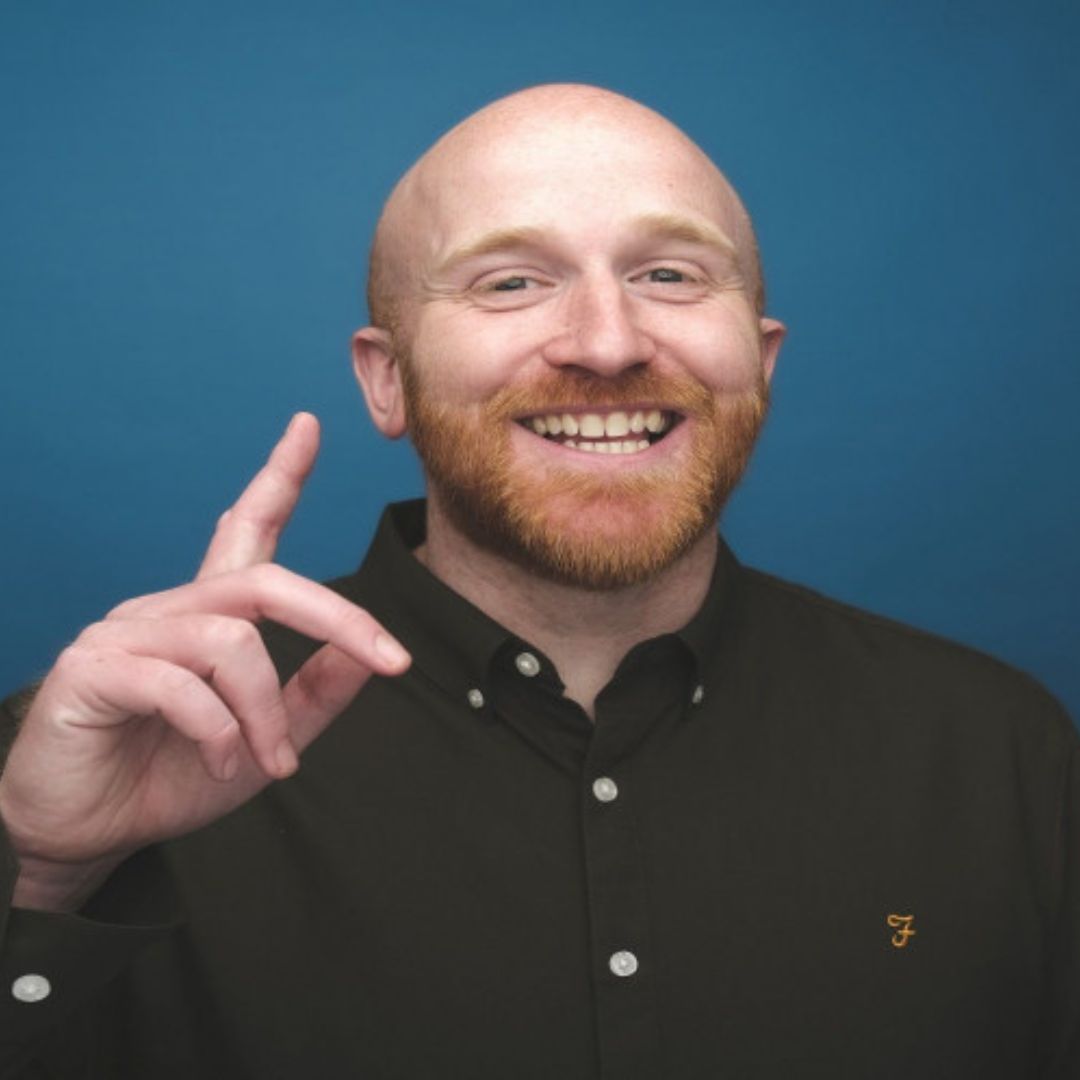 International award-winning comic, Ray, spent 2021/22 touring the UK as John Bishop’s handpicked support act, having previously toured with Frankie Boyle in 2019. Ray was the first comedian to ever win a Scottish Culture Award and is a regular host of Scotland’s most popular radio show, Off The Ball.

Ray is a CODA (like in the Oscar winning film) and grew up with deaf parents. All of his shows are performed in both BSL and English, with Deaf Comedy Fam becoming the first ever live comedy experience for more than 800 deaf audience members.

“Funny and fascinating… one in six of us will lose our sense of hearing. Deaf Comedy Fam proves it doesn’t mean you have to lose your sense of humour” The Scotsman