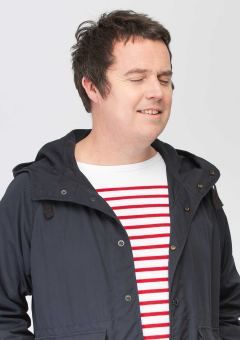 In the last couple of years Paul McCaffrey has performed to over half a million people while supporting his comedy heroes Sean Lock and Kevin Bridges on their UK tours and has gone down an absolute storm.

Joanne McNally is interested in a lot of things, but particularly her purpose in life. If it’s not marriage and kids, what is it? Who will look after her when she’s old? Will science mean she can freeze her head so she can be defrosted sometime in the future?