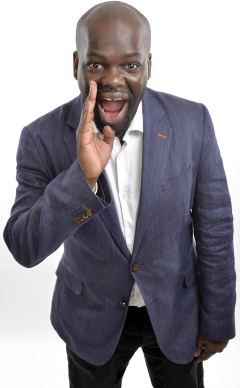 In his hilarious, daring new show Daliso Chaponda looks at disgraced, blacklisted celebrities and historical figures we’re ashamed we once admired. There’s also the small matter of family member arrests, exploding buildings in his home country, and the enterprising Malawian who tried to blackmail him…

Star of Live at the Apollo, Laura Lexx is a “bouncy, bubbly stand up star” (Daily Telegraph). Her sell-out 2018 show, Trying, was “a masterpiece” (Voice) and earned her a prestigious Comic’s Comic Award. Now, Lexx takes on society’s big issues, but come for jokes not answers.