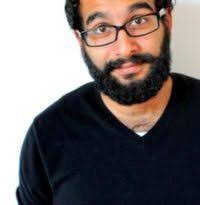 Born to an Iranian mother and Indian father, Omid Singh is one of the top multicultural comics working today. Not that he considers himself a public symbol or boundary-breaker. As he puts it onstage, “I don’t do anything scary when I go to the airport…but I do like to see how far I can walk away from my luggage.”