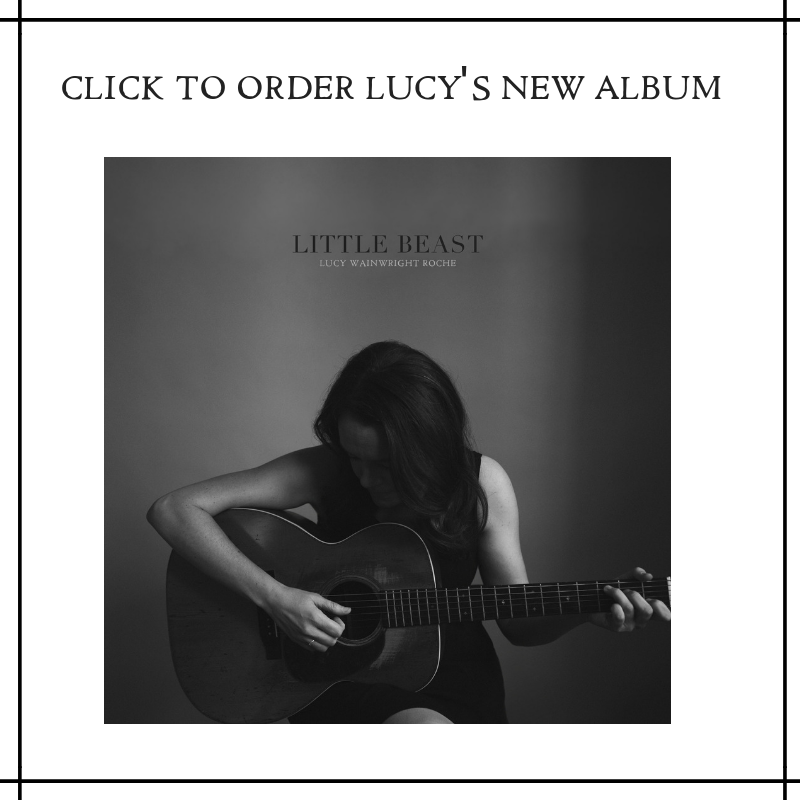 Those familiar with Lucy Wainwright Roche are aware of her bell tone voice, her unshakable melodies, and her knack for wise, wry lyrics that clench the heart.

It’s no surprise that Wainwright Roche is the daughter of Suzzy Roche (The Roches) and Loudon Wainwright III, half-sibling to Rufus and Martha Wainwright. She grew up steeped in music.

She’s released four critically acclaimed and rapturously received solo recordings She’s collaborated with Martha Wainwright on Songs In the Dark, (“The sisters’ different voices create a strange magic together. Martha’s is girlish but also fleshy and sinewy, while Lucy’s rings out like a bright, clear bell – The Guardian”) as well as joining forces with her mother, Suzzy Roche on two duet albums : Fairytale and Myth (winner of Vox Pop Independent Music Awards) and most recently Mud and Apples.

Armed only with a guitar, a deadpan sense of humour she has a voice that makes tough guys cry. Her most recent release is ‘Little Beast’ a collection of songs that acts as an urgent and poetic call to a world gone awry.