Already an established comedian in his home country Canada, Mike Wilmot started working in the UK as a stand-up comedian in 1995. Since then Mike has built up a reputation as one of the unsung heroes of the UK comedy scene achieving rave reviews throughout the country for his unique stand-up. In 2003 he won the coveted Barry Award at the Melbourne International Comedy Festival.

“Like any fine comedian, he exudes intelligence and sweat in equal measures, Wilmot can give any other stand-up alive lessons in the power of laughter to free us from the shackles of embarrassment” Time Out 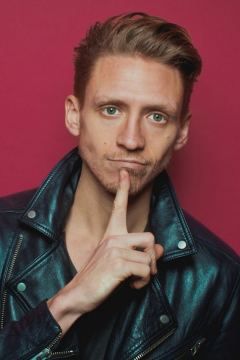 Having exploded on to the stand up circuit, multi award winning Alistair Williams has quickly made a name for himself with razor sharp content and high-watt charm. He’s already become a regular at the UK’s most famous venues including The Comedy Store and Up the Creek and is constantly building an ever-growing international presence.

Unafraid of tackling rough subject matter, Alistair is also a passionate health campaigner. Combining raw personal anecdotes with a jam packed gag count and slick extroverted style, he creates bespoke comedy content to challenge the food and health industries, regularly grabbing the attention of leading megabrands. He’s also a history graduate and constantly exploring the subject via his stand up.

Smart, passionate, impressively quick witted and bursting with infectious confidence, this is stand up that grabs your attention and Alistair Williams is quickly solidifying his place as one of stand up’s most exciting rising stars.