The Science of Consciousness

Where do our most innovative thoughts come from? Are our thoughts even our own—or, are we computers living in a Matrix like world?

Consciousness, as the platform for our experiences, is responsible for the most intimate and meaningful aspects of our existence. Philosophy has for centuries grappled with questions of consciousness, such as whether our minds are separate from our bodies, if our sense of subjectivity is a unique, unavoidable feature of consciousness, and, more recently, whether we are just a kind of computer.

Daniel Bor will outline the psychology of consciousness, of how it is surprisingly limited, and yet despite this it is responsible for our most advanced forms of learning. Join him for a fascinating evening as he unlocks the most important mysteries remaining in biological science!

Daniel Bor is a neuroscientist based at the University of Cambridge. 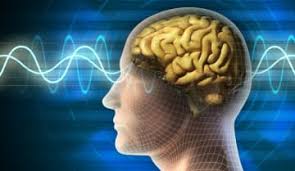 He received his BA in psychology and philosophy from Balliol College, Oxford University, in 1997, and his PhD in cognitive neuroscience from St. John’s College, Cambridge University in 2002.
He has published research in various fields, including how the brain processes consciousness, attention, memory and intelligence, and the extent that mental training can boost cognitive performance, or even change how we perceive the world. He is the author of a general audience book on consciousness science, ‘The Ravenous Brain’, which was chosen as a best book of 2012 in the Wall Street Journal, the Book of the Week at the Times Higher Education magazine, and the September main selection at Scientific American Book Club. He also co-wrote the introductory popular science book, ’30 Second Brain’. He has written articles on neuroscience and psychology for various popular magazines, including Scientific American Mind, New Scientist, Slate and Wired UK. He has also appeared on various radio shows, to talk about neuroscience, and has given many public talks, including at the London Science Museum, and the Royal Institution.
Tickets: £12
+ Google Calendar+ Add to iCalendar