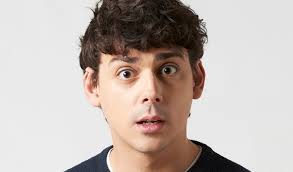 Stand Up For The Weekend with MATT RICHARDSON & CO

Matt Richardson is a multi-award winning stand-up comedian and one of the most exciting names in Comedy, on Television and in Radio.
Having started stand-up in 2009 at 18 years old, Matt became one of the youngest comedians on the circuit and soon made it through to the finals of two national stand-up competitions – the prestigious So You Think You’re Funny and the Chortle Student Comedy Award.
He quickly established himself in all of the major comedy clubs in the UK and has gigged overseas on countless occasions.
Since then, Matt has firmly established himself as one of the UK’s most reliable young performers and presenters – he currently hosts The Drivetime Show on Virgin Radio – being nominated for an ARIA Award for Funniest Show in 2019 and winning Presenter of the Year in the 2019 Wireless Awards.
His TV credits are too numerous to number but he has hosted shows such as The Hangover Games (E4) and The Red Bull Soapbox Race (Dave) in 2019. Celebrity Haunted Mansion and Celebrity Haunted Hotel (W) alongside Christine Lampard and helming the spin off shows for both alone. His first ever presenting gig was hosting The Xtra Factor (ITV2) in 2013 alongside Caroline Flack at the age of 22.
As well as all the presenting he has appeared on countless other TV shows, including Roast Battle & Drunk History for Comedy Central, Nevermind The Buzzcocks, Celebrity Juice, The Chase: Celebrity Christmas Special, The Chris Ramsey Show, Top Gear: Extra Gear, Love Island: Aftersun and pretty much any spin off show you can name.