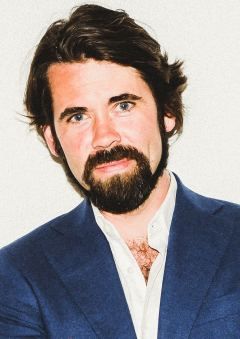 Stand up for the weekend with John Lynn. Also featuring George Lewis.

John Lynn’s easy going laid back delivery makes him an instant hit with audiences. Within months of starting stand up John appeared on TV, a remarkable feat for a newcomer.

The cornerstone of his act are his thoughts on the pros and cons of singledom versus long-term relationships, such as the one he is in. Tightly written routines on the topic, with fine observations build into a very satisfying segment which will strike close to home for many.

At his peak, Lynn is like Tommy Tiernan played at the wrong speed: relaxed in his incredulity at his domestic situation rather than ranting and raving at it. Other times he might be a bit too laid-back for his own good, suggesting that even though he’s one of Ireland’s fastest-rising stars, there could still be more to come…

Stockport born and bred,George Lewis is one of the most exciting stand-up comedians to burst on to the scene in recent years. A multi-award winner, George’s credits include hosting of Top Gear: Extra Gear alongside Rory Reid and Chris Harris, airing on BBC Three, BBC Two and BBC America. He also appeared on Celebrity Mastermind, which he won with his specialist subject ‘Oasis’, and the CBBC panel show The Dog Ate My Homework

“Sheer inventive strength of his writing… fashioning efficiently pithy phrases that stick in the mind… An expert craftsman.”  Chortle