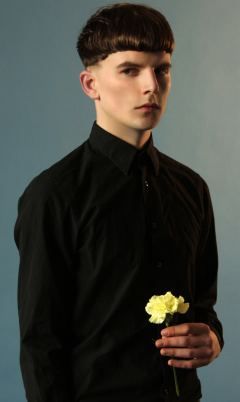 Joe Sutherland is a baby-faced comedian with the voice of an angel on 40 B&H a day. With a caustic, catty wit and unapologetic confidence, he has taken the UK comedy circuit by the balls, and the circuit liked it.

Joe has performed tour support for Ellie Taylor from 2016 – 2018 and opened for stars of Rupaul’s Drag Race including Trixie Mattell, Sasha Velour and Alyssa Edwards on their UK tours.

He made his Edinburgh Fringe debut at the Pleasance in 2017 with Model/Actress, which gained numerous 4-star reviews and featured in the Telegraph’s ‘Best one-liners of the Fringe 2017’

Selected for the Pleasance Comedy Reserve at the Edinburgh Fringe in 2015 and a finalist in the prestigious NATYs awards and Leicester Square Theatre New Comedian, Joe now performs at the biggest and best clubs in the country.