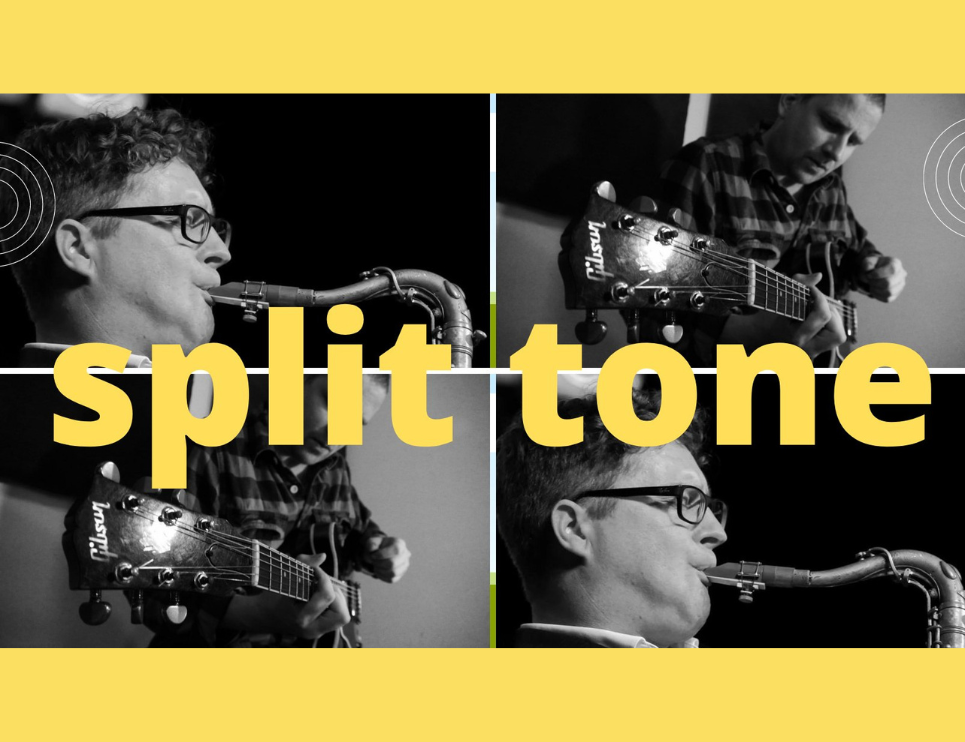 Split Tone is a new project put together by saxophonist Craig Crofton, an Anglo-American sax and flute player who has lived in the UK for over 20 years and has built up a great reputation for the power and visceral excitement of his playing.

A protégé of Marcus Printup (Lincoln Center Orchestra) he has come to develop a unique sound of his own that stands out in many musical settings. Craig has featured with artists like Kasabian, Lack of Afro, Haggis Horns, Nitin Sawhney, This is The Kit,  Mr Benn, Chris Monkey and is at the forefront of popular Bristol bands  Phantom Ensemble, Baila la Cumbia, Dockside Latin Orchestra, Radio Banska and Dub From Atlantis to name a few. He has also shared the stage with jazz greats including Wynton Marsalis, Maceo Parker, Dr Lonnie Smith, John Faddis, Pee Wee Ellis, has been featured on BBC Radio 4 “Loose Ends” and worked at world-renowned venues like Ronnie Scott’s and The Blue Note in New York City.

Guitarist Matt Hopkins’ inventive and melodic guitar playing has been featured in groups as stylistically diverse as Andy Sheppard’s Hotel Bristol and Emily Wright & The Royals. He also takes the lead role in the “Music of Pat Metheny” project alongside pianist Dave Newton. Matt is also known as an instructor and educator, specialising in jazz improvisation.

Pianist and organist Anders Olinder is originally from Sweden, but has been based in Bristol for many years. Despite his Bristol home he actually plays frequently in London with big names in the world of jazz and funk such as Dennis Rollins, Tony Remy, James Morton, Tony Kofi and Byron Wallen. He has also toured extensively with Glenn Hughes [Deep Purple].

Drummer Andy Tween is one of Bristol’s busiest musicians who has in the past toured with Pee Wee Ellis and Seth Lakeman, and more recently with rock band Curved Air. He teaches at Wells Cathedral School and is also a composer who has had his work used by the BBC and the Discovery Channel.