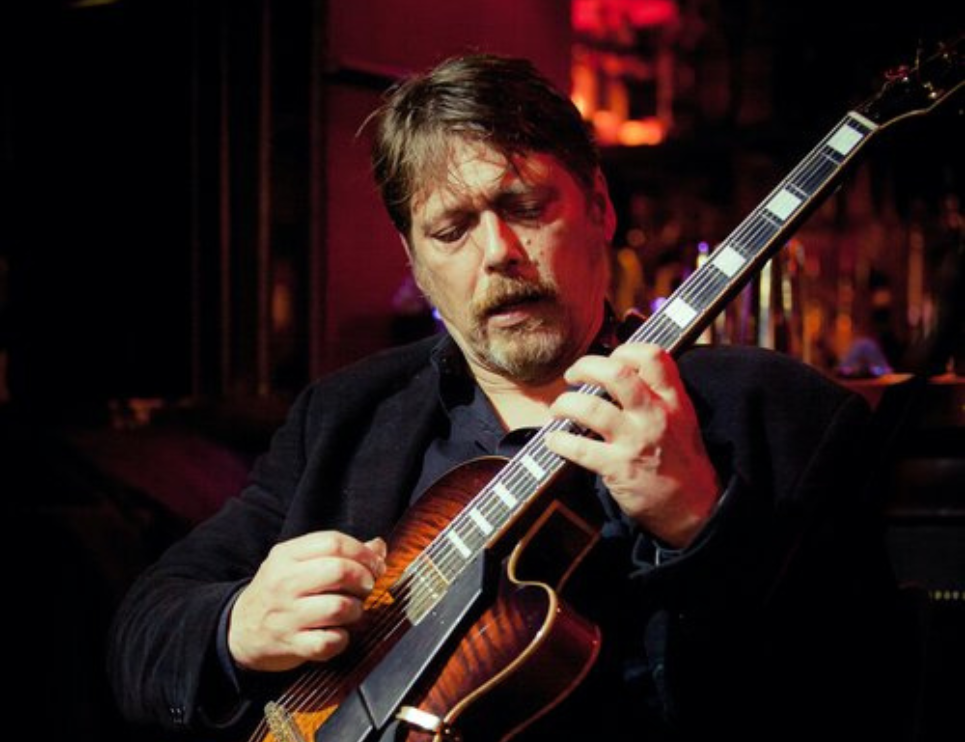 The club is delighted to welcome back one of the UK’s most highly regarded guitarist, Nigel Price. This gig is made extra special by the fact that the Be-Bop Club has received financial assistance from the charity Grassroots Jazz which Nigel founded. The short story behind this is that for many years it has been difficult for small-scale clubs and promoters to access Arts Council funding, but this was further exacerbated by the Arts Council’s response to the pandemic which provided support for major venues whilst pretty much ignoring the grassroots sector – hence Nigel’s heroic efforts to bypass all the bureaucracy and save a substantial number of small UK jazz venues. See www.grassrootsjazz.com

Over a career spanning more than 25 years, award-winning jazz guitarist Nigel Price has become widely acknowledged as one of the hardest-working musicians in the business. Musically, his blend of flowing bebop lines, deep blues sensibility and his mastery of chording continue to delight audiences and fellow musicians alike. His career highlights include a support show for Gladys Knight at The Royal Albert Hall and an appearance on Van Morrison’s recent album Keep Me Singing.

He has recently released a new CD “Wes Reimagined” to great acclaim, with 4-star reviews in BBC Music Magazine, Jazzwise and many more. The album features the trio plus guest saxophonists and strings, you can have a listen and even purchase it on Bandcamp.