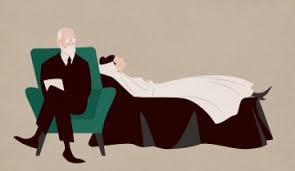 Freud and the Psychoanalytics of Desire

from £15
Book Tickets
All Events
+ Google Calendar+ Add to iCalendar

Psychoanalyst Sigmund Freud thought that infant boys sexually desire their mother, inevitably bringing them into conflict with their father. Anthropologists, however, reckon that incest avoidance is the norm within mammals because sheer exposure to family members kills passion. What does scientific research reveal about this issue? Freud may have been too literal, but interesting echoes of childhood experience can be detected in our sexual desires.

Many writers thoughout history, from Sophocles to Wagner and Freud, have seen profound significance in the story of Oedipus, the mythical Greek King who unwittingly kills his father and marries his mother.

What does the Oedipus myth tell us about human nature, sexual desires and relationships today? Do we have a natural inclination toward incest or is avoidance of close relatives the norm? How is sexual attraction and our choice of partners influenced by early experience of our parents and siblings? To what extent do these processes operate beneath our own consciousness? What happens when early childhood imprinting goes wrong? These are some of the issues that will be examined in Dr Wilson’s talk.

Dr Glenn Wilson is one of Britain best-known psychologists, specialising in personality and sexual behaviour. He has been Visiting Professor at Gresham College London, as well as several American institutions, including Stanford University, University of California, Los Angeles and the University of Nevada, Reno. He is author and co-author of some 33 books, including Love and Instinct, Psychology for Performing Artists and Born Gay: The Psychobiology of Sex Orientation and has published around 130 articles in scientific journals. In collaboration with colleagues at the Russian Academy of Medical Sciences he produced a theory of the evolution of EEG brain oscillations and has shown how brain activity can be used to identify sexual preferences. He is a Fellow of the British Psychological Society and makes frequent TV appearances in news and documentary programmes. The most recent series on which he was expert consultant and commentator was “Stalkers Who Kill” (CBS Reality).