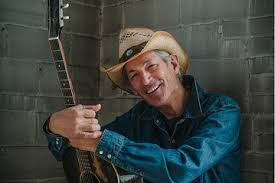 from £14
Book Tickets
All Events
+ Google Calendar+ Add to iCalendar

Doug Seegers’ past is so unlikely that could form the basis of a classic country song, Deeply rooted in the musical traditions of the American South, he had a history as an itinerant musician before entering a long downward spiral of divorce, drink and drugs, eventually becoming homeless in Nashville. Then, from nowhere, a Swedish TV crew filming a documentary about the city discovered him and fell in love with his songs. When the show appeared he became an instant hit and things haven’t been the same since.

Now an established star in Scandinavia, his latest record, A Story I Could Tell, produced by Joe Henry and featuring contributions from the likes of Jackson Browne, is a collection of passionate and edgy songs, full of longing and written and sung with a searing honesty, putting him firmly in the same domain as greats such as Cash and Haggard.