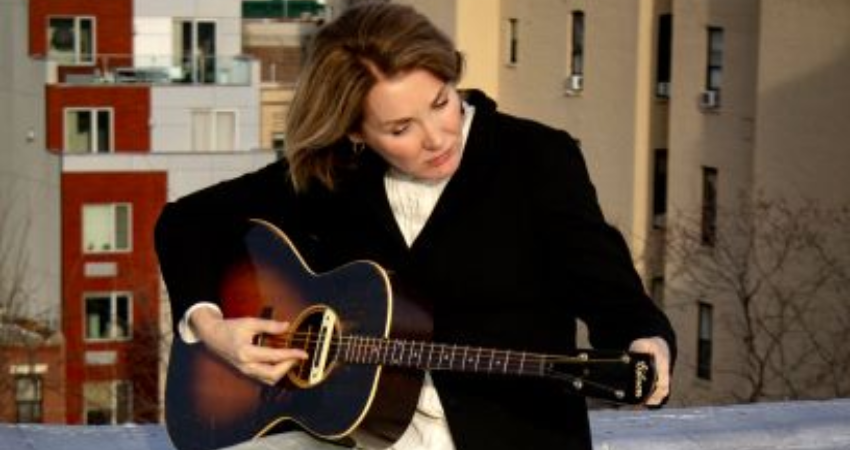 Diana Jones has huge acclaim for her earlier albums. Inspired by the almost mystical connection to her birth family and the music of rural Tennessee, she is known for giving voice to dispossessed people from the past.

Song To A Refugee finds Diana looking into the wider world to shine a light on current issues close to her heart.

Produced by Grammy Award-winning producer and musician David Mansfield, who also plays multiple instruments on the record, special guest artists include Richard Thompson, The Chapin Sisters, Jason Sypher on bass, Glenn Patscha on piano and Will Holshouser on accordion. The single “We Believe You” was added lastly with the help of Steve Addabbo (Suzanne Vega, Shawn Colvin) producing and guest artists Steve Earle, Richard Thompson and Peggy Seeger each singing a verse, Mark Hunter on piano and Joe DeJarnette on bass.

The song cycle Song To A Refugee artfully considers the times we live in, speaks for those often without a voice and encourages a humanitarian response. One of the record’s strengths is Diana’s ability to inhabit the characters about whom she is writing, from the woman walking miles to the US border carrying her child, to the young children separated from their parents fleeing their homeland, giving an immediacy to their stories whilst illuminating the more generic themes within.

Song To A Refuge, Diana’s 6th solo recording, gives voice to the stories of asylum-seekers worldwide; a testament to Diana’s commitment to social justice through her gifts as a consummate songwriter and performer.