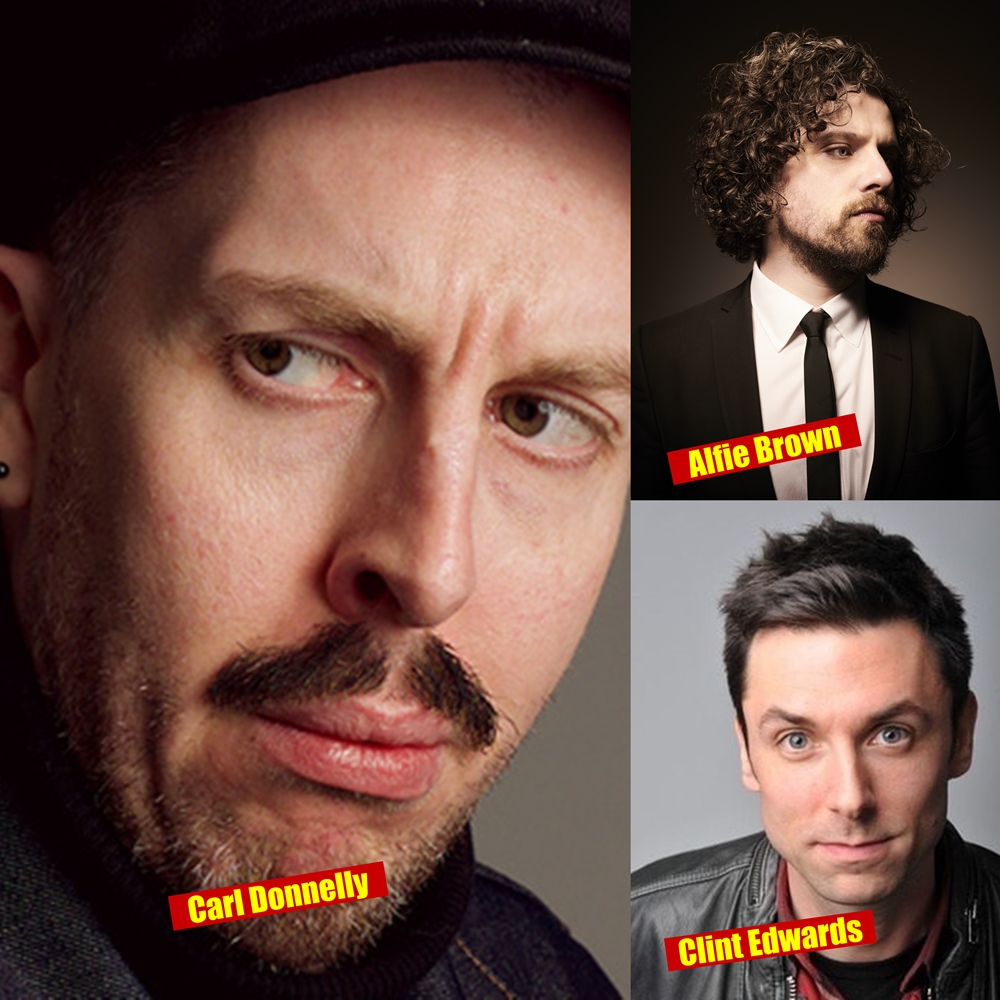 Stand Up For The Weekend with Carl Donnelly featuring Alfie Brown plus compare Clint Edwards.

Carl Donnelly takes the mundane stories of everyday life and turns them into stretches of self-deprecating silliness. Carl started performing stand-up in 2005 and quickly established himself as one of the UK’s most exciting comedians. His conversational, silly sense of humour saw him win a host of awards and become a regular at all of the finest comedy clubs in the UK and Ireland.

“Donnelly can provoke laughter out of anything” The Scotsman

“This man is a rare creature – he is inherently funny, and his stand-up feels natural and free-flowing… proper tears-in-the-eyes, laugh-out-loud funny” BroadwayBaby.com

“This is stand up with valium: near horizontal levels of louche that take the mundane stories of everyday life and turns them into stretches of self-deprecating silliness” The Guardian