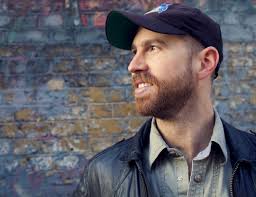 Aussie firebrand Damian Clark tells rapid-fire jokes with a delivery resembling a Gatling gun. He has an acclaimed international reputation and is in high demand.

He has become one of the hottest tickets in comedy clubs and festivals. Based in Ireland/UK the majority of the year, his latest show at the Edinburgh Fringe just won the Amused Moose People’s Champion Award 2018 leading to a string of international tour dates including this date at the Hen & Chicken Studio.

“Sheer inventive strength of his writing… fashioning efficiently pithy phrases that stick in the mind… An expert craftsman.” Chortle

Stockport born and bred, George Lewis is one of the most exciting stand-up comedians to burst on to the scene in recent years. A multi-award winner, George’s credits include hosting of Top Gear: Extra Gear alongside Rory Reid and Chris Harris, airing on BBC Three, BBC Two and BBC America. He also appeared on Celebrity Mastermind, which he won with his specialist subject ‘Oasis’, and the CBBC panel show The Dog Ate My Homework.