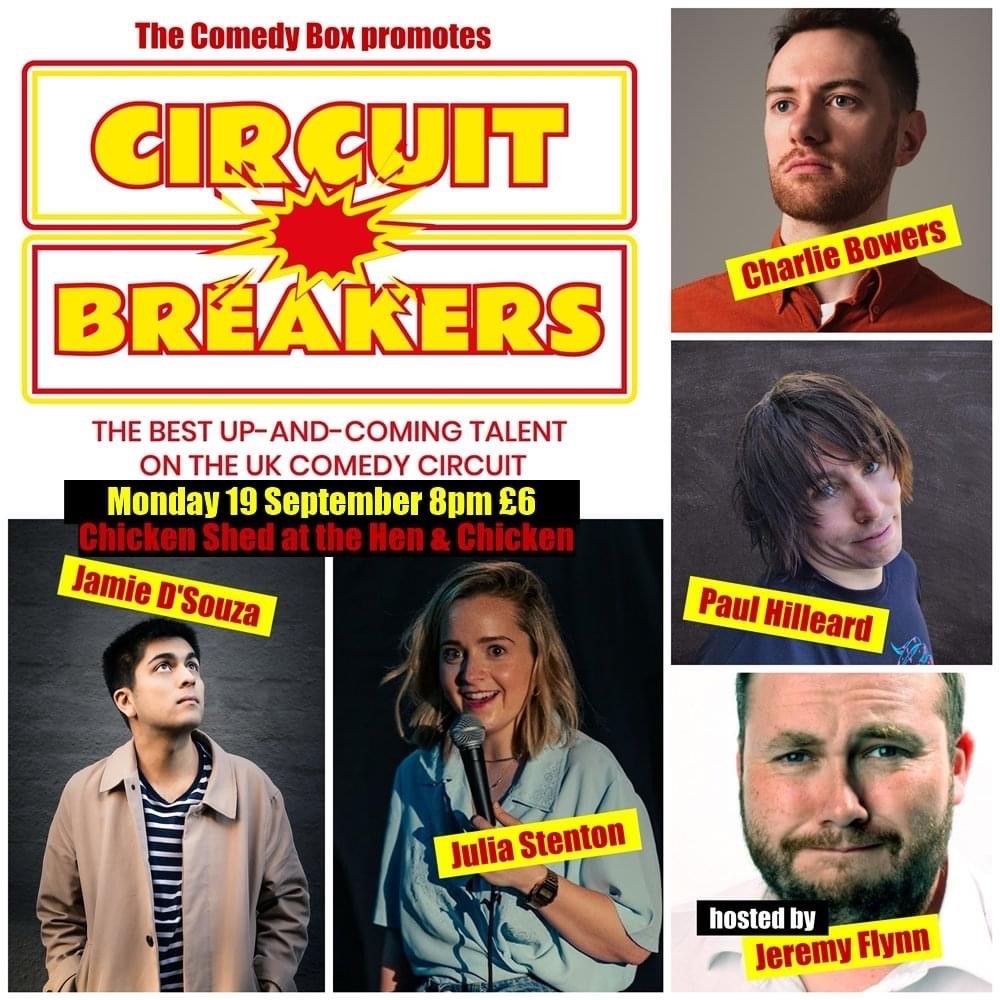 Join us for a fantastic night of comedy in the Chicken Shed.

Circuit Breakers is a monthly night which showcases the best up-and-coming talent on the UK comedy circuit.

This month’s Special Guest is the fantastic Jamie D’Souza!

Having started performing comedy in the summer of 2016, Jamie D’Souza has quickly established himself as a rising star on the comedy circuit. He has reached the finals of the prestigious So You Think You’re Funny? and The Musical Comedy Awards, as well as being shortlisted for the BBC New Comedy Award.
As seen on Comedy Central, BBC3 & BBC Radio 4, Jamie D’Souza’s stand-up has been described as a mix of short stories and one-liners, delivered with an instant likability and understated confidence. Covering a range of topics including veganism, his mixed race heritage and coming to terms with entering adulthood.
The line-up also features Charlie Bowers, Paul Hilleard and Julia Stenton

All pulled together by your host Jeremy Flynn.