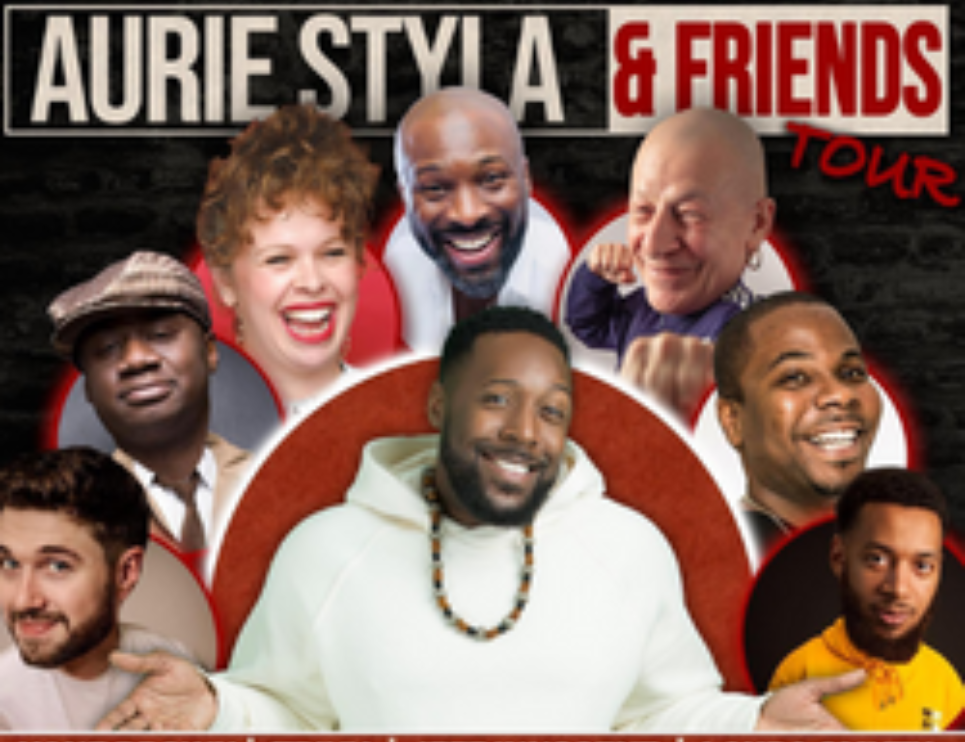 One of the UK’s most charismatic comedians, Aurie Styla invites another posse of comedy mates to join him on a fantastic voyage of Comedy Mania.

Some of the acts will be announced, and others will be special guests & surprise performances. What is guaranteed is a belly full of laughs, and a happy audience! Do Not Miss This!

On The Night:
– Up to £250 worth of prizes, including Games Consoles, Rum, Merchandise & More…
– Games with the audience
– DJ playing music live on the night
Aurie Styla has been seen on: Jonathan Ross’ Comedy Club (ITV), Don’t Hate The Playaz (ITV2), Mo Gilligan’s Black British & Funny (Channel 4), Motherf**king Pep Talk (Comedy Central) & A Comedy Guide To Life (Dave).
And as heard on: BBC Radio London, Radio 4’s Newsjack, Pinterest, & eBay.
Aurie also works extensively with the popular streaming platform NextUp Comedy, and is a writer for The Lateish Show with Mo Gilligan.