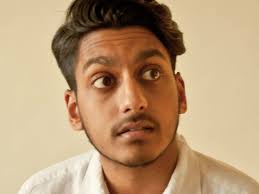 Nominated for Best Show at the Edinburgh Comedy Awards in 2017 and 2018, Ahir Shah is on tour again with his new stand-up show DOTS. Featuring Shah’s signature blend of philosophical inquiry, personal examination, and real fun jokes, DOTS explores love, politics, culture, depression, and faith in an effort to examine the necessity, utility, presence, and absence of certainty. Probably.

Shah’s last show, DUFFER, was performed to packed houses and critical acclaim at the 2018 Edinburgh Festival Fringe, followed by a sold-out run in London’s West End, and a UK and international tour.

As seen on Have I Got News For You, Live At The Apollo, and The Mash Report.