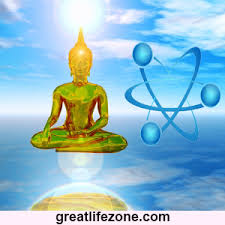 In the current ‘god debate’, science and spirituality are often seen as two largely incompatible and even mutually exclusive domains.

However, in this talk, Wai H. Tsang will show that this may not be the case.

It can be argued that the origins of modern science, mathematics, philosophy and even technology, essentially have their roots in religion, but it is an aspect of religion that is mostly misunderstood, and it has largely been ignored both historically and in contemporary discussion.

Wai will discuss the compelling similarities that currently exist between some of the most cutting-edge scientific, technological and mathematical ideas of today, and key tenets of religion.

He will present the provocative idea that the natural progression of science and technology towards a unified theory of the brain, mind, evolution and cosmology along with the creation of true artificial intelligence will lead inevitably and inexorably to the uncovering of a Hidden Religion

This hidden religion, which is the Kabbalah of Judaism, the Sufism and certain strands of Shiism in Islam, the Gnosticism and Mysteries of early Christianity; the beliefs of Vajrayana Buddhism, Taoism, Tantras and Advaita Vedanta Hinduism of Eastern Religion.

Though unknown to most people, this hidden religion has been communicated over the centuries through the use of symbolism and mythic archetypes. As a result, many modern people will have encountered some of its recurring beliefs in the form of modern myths such as Star Wars, Dune, Lord of the Rings and the Matrix, also the work of Joseph Campbell.