Without doubt or qualification, The Sadies are one of the American continent’s greatest extant rock ’n’ roll bands, just as they have been for the last quarter-century. 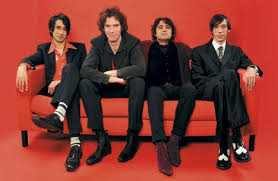 Versatile and imaginative, they skip from astral psychedelia to shuffling bucolics and leap from puckish pop to righteous garage-rock without losing momentum or mastery. They’ve worked with a veritable roots-rock hall of fame, whether backing Neko Case for years, supporting Neil Young during a tribute to The Band, or joining X’s Jon Doe or Jon Spencer for full-length collaborations. But their albums, released since 2002 by Yep Roc, deliver masterclasses on pointed songwriting, lockstep harmonies, and a devil-may-care attitude to expectations and past successes. Perhaps that’s why Northern Passages, released in 2017, ranks not only as their best work but as one of this decade’s most sophisticated surveys of rock ’n’ roll. Not bad when you’ve long been one of the world’s best bands.