Talk: The Science of The Multiverse: Do Parallel Universes Exist? 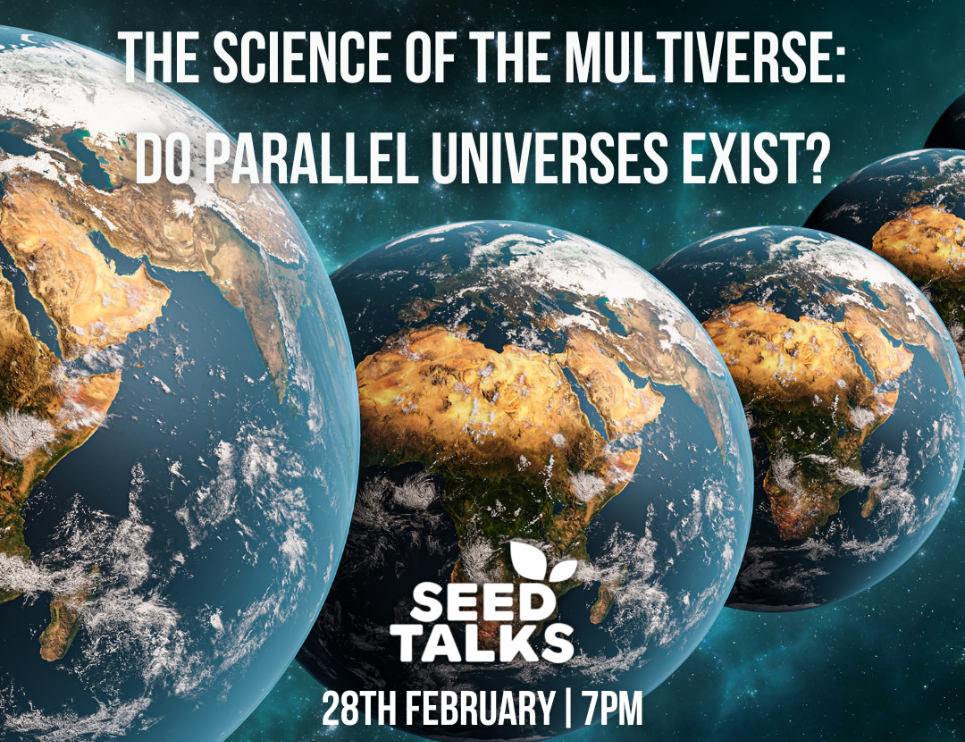 Multiple universes and parallel worlds are all the rage in film and TV these days from the Marvel cinematic universe to Stranger Things. But multiverses are more than just fiction, many scientists are increasingly convinced that our universe is just one of a vast number of hidden worlds.

Multiverses crop up all over the place in physics. The modern Big Bang theory suggests that our Universe was just one of an effectively infinite number that is continuously being birthed. Some quantum physicists even argue that every time a choice is made, the universe branches into two parallel worlds. Multiverses have also been invoked to explain why our Universe seems peculiarly well set up for life to exist.

However, the idea of the multiverse is also hugely controversial, striking at the heart of what it means to do science. In this talk, particle physicist Harry Cliff takes us on a tour of the multiverse, exploring why it’s being taken seriously by many scientists and asking whether we’ll ever be able to access these other worlds.

Harry Cliff is a particle physicist based at the University of Cambridge and carries out research with the LHCb experiment at CERN’s Large Hadron Collider. He was a curator at the Science Museum, London for seven years. His 2015 TED talk “Have We Reached the End of Physics?” has been viewed more than 3 million times.