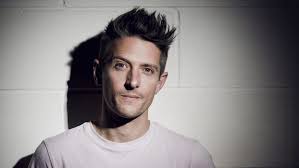 “Goldsmith has a deep talent for keeping the audience’s attention the whole time, slipping effortlessly from one routine into another and never losing a beat…He gets huge laughs” The List

With a reputation for smart, accessible stand-up, Stuart’s enthusiasm and natural charm conceal a quick wit and fearlessness honed by his early career as a street performer. Surprisingly candid about his exploits, sexploits and textploits, Stuart likes to get his teeth into love, romance and the downside of getting what you want.

“He infuses the material with a sly wit and underplayed sharpness, not to mention eloquent writing. This is smooth, smart and absorbing stand-up.” Chortle”It carries the slick professionalism of someone whose been master of their comedy voice for years.” Edinburgh Festival Magazine