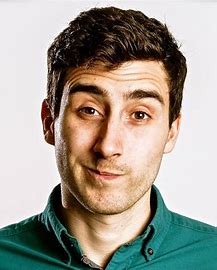 Steve Bugeja is one of the circuit’s most exciting comedians. Steve hosted the BBC Radio 4 series Economics with Subtitles and has made numerous appearances on TV shows including The Russell Howard Hour (Sky One), Love Island: Aftersun (ITV2), Russell Howard’s Stand Up Central (Comedy Central) and Zoe Ball on Saturday (ITV1).

Steve is the co-creator of ITV2’s sitcom Buffering which aired in summer 2021.  Steve also had a regular role himself.

Making a name for himself internationally, Steve has twice been invited to perform at the Melbourne International Comedy Festival, appearing on Opening Night Comedy Allstars Supershow (ABC1) and on Comedy Up Late (ABC1).

A prolific writer, Steve was a key member of the writing team for The Russell Howard Hour (Sky One) and for Iain Stirling’s CelebAbility (ITV2) and has contributed material to Mock the Week (BBC2), 8 Out of 10 Cats (Channel 4) and BBC Radio 4.

Steve won the BBC New Comedy Award in 2013 and has since performed numerous Edinburgh Fringe shows and national tours.