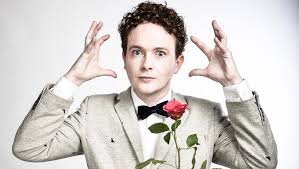 Meet your new potty-mouthed best friend, who supported Katherine Ryan and Jenny Éclair on their recent sell-out UK tours. Stephen Bailey’s friendly, open brand of gossipy humour has made him one of the most enjoyable acts on the UK comedy circuit today.
He is “annoyingly sharp” (The New Current) and in 2015, his show was nominated for the Amused Moose Comedy Award.
He is a regular on ITV’s Weekend with Aled Jones & Channel 5’s Celebrity Big Brother’s Bit on the Side.
As well as being a working-class, ginger, gay, northern comic, he is also a black belt in Tae Kwon-Do, has a degree in Languages AND loves a conspiracy theory (preferably involving a celebrity and a cucumber). 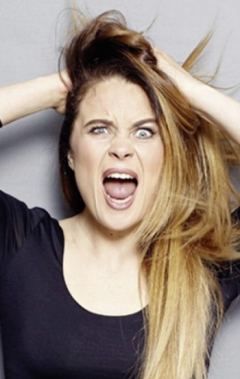 Joanne McNally burst onto the Irish comedy scene in 2014 and in less than a year in the business, she became the co-host on RTÉ 2’s flagship comedy show Republic of Telly. Co-wrote and starred in the stage show Separated At Birth a comedy about her adoption and sold out her first ever solo stand up show in Dublin.

An energetic and hilarious performer, she quickly became Ireland’s fastest rising comedy star. Her one-woman autobiographical show Bite Me was nominated for multiple Dublin Fringe Festival awards in 2016 including Best Performer and Best Production and enjoyed a successful run at Edinburgh Fringe Festival in 2017.