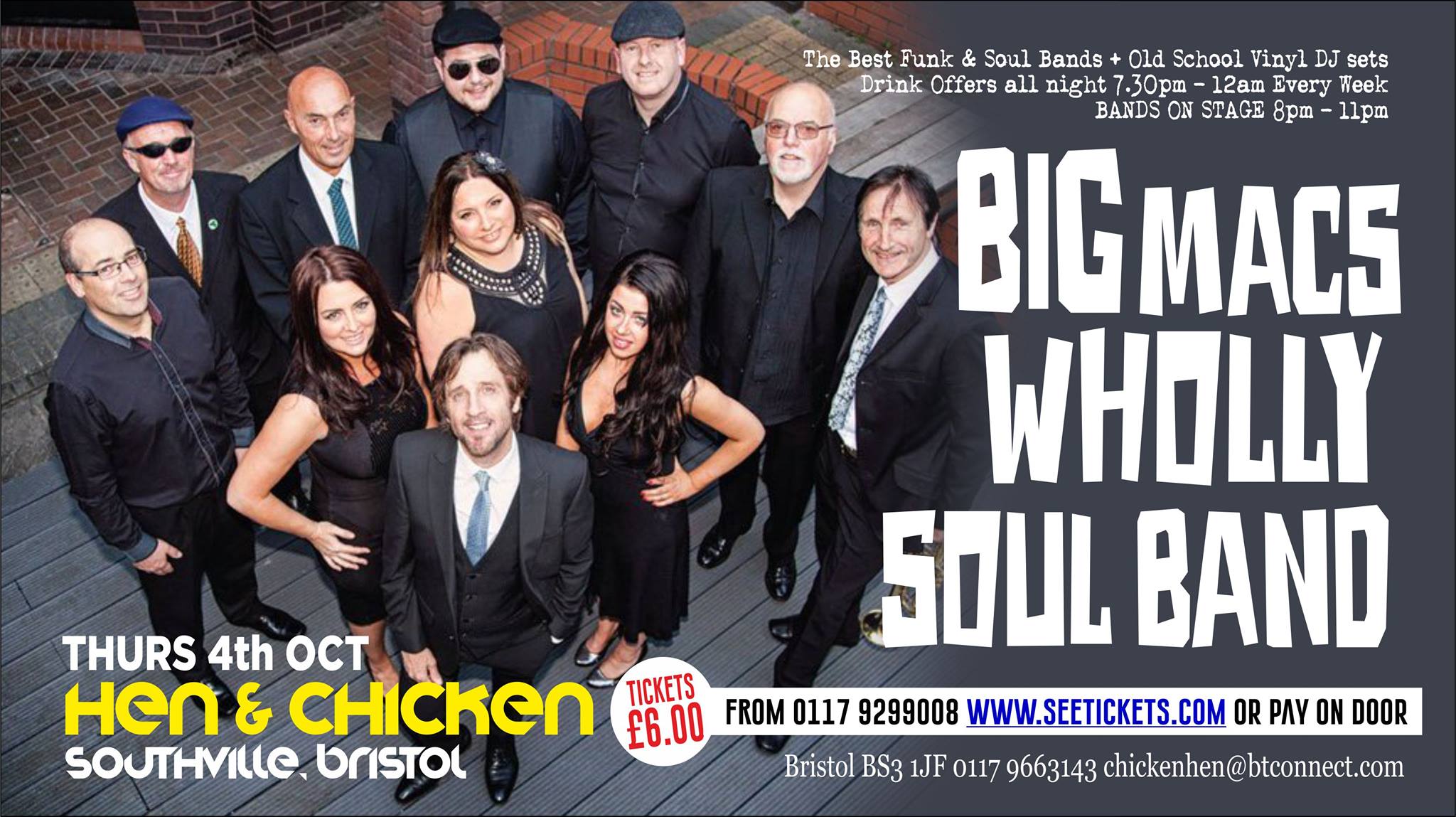 Big Mac’s were formed in 1990 as the house band for the legendary Hollywood Club in Newport. Within months of their formation The Commitments film was released and the band, being of a similar size and specializing too in 60’s Soul music, were inundated with work, constantly playing in every club, pub and eat house in South Wales. In a short time they were supporting The Commitments at a number of venues and were soon welcoming offers of work that took them to holiday camps, five star hotels and nightclubs both in the U.K. and abroad.

The line up is that of tenor sax, trumpet and trombone, bass, drums, guitar, keyboards, two dynamic female vocalists and charismatic frontman Mike ‘Big Mac’ McNamara. Mike is a Soul singer in the purest sense of the word, thus the band, though more than adept at producing the raw edged originals of Wilson Pickett, Sam and Dave, Otis Redding and James Brown, are also proficient in the more polished spheres of black music, Motown, Philly, Funk and those glorious vocal harmony drenched ballads. Vocalists, however, are only as good as their backing band permits and Big Mac has The Wholly Soul Band… easily the best in the business.