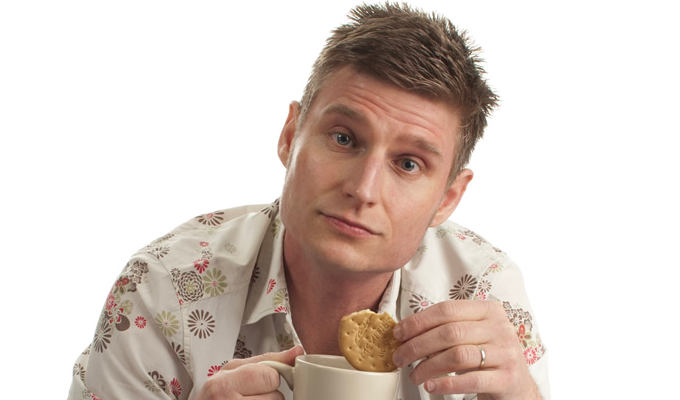 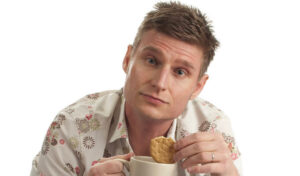 After starting comedy in late 2009, Scott Bennett is a stand-up comedian and writer who’s star is most definitely on the rise, very recently culminating in a triumphant appearance on BBC’s prestigious Live At The Apollo in 2021 and impressing with a phenomenal punchline hit rate, largely with gags about his long-suffering wife and mischievous children.
His last two shows solo Leap Year and Relax were nominated for ‘Best Show’ at the Leicester Comedy Festival and has been named by Chortle as One To Watch for 2018 and 19.
He has appeared on BBC Radio 4’s The News Quiz, The Now Show, The Likely Dads and Elephant in the Room with Sarah Millican, The Summer Festival with Daliso Chaponda, The Comedy Club with Arthur Smith, and Knock Knock with Helen Lederer. He was also featured on the BBC One show, Live from The Edinburgh Fringe.
During the lockdown of 2020, Scott pioneered the viral hit, Stand up from the Shed, a weekly topical live-streamed stand-up show from his actual garden shed. The show achieved national coverage in the press, Sky News, BBC News and Five Live and has had over 150,000 views.