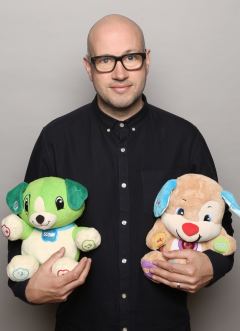 Parenthood is a crafty beast. The second you master something it changes the game so you’re rubbish at it again.

Stand-up comedian, viral blogger and bestselling author Sam Avery (aka the Learner Parent) started his award-winning blog when his twin boys were born. A million nappies, Peppa Pig episodes and a head-full of hair loss later, he shares all the lows, highs and hilarious in-betweens of his experiences of first-time parenthood.

Sam’s honest, messy account of wrestling with sleep deprivation and breast pumps – right through to his botched attempts at discipline and pathetic bids to stifle various toddler tantrums that definitely registered on the Richter scale – will have you testing your pelvic floor with laughter.