Plastic Oceans: How polluted is our sea? 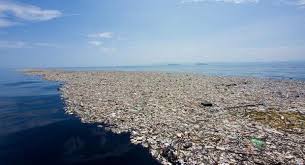 Just how big is the Ocean’s plastic problem? What drove the ground breaking documentary ‘A Plastic Ocean’ to be made? Join former Blue Planet producer & filmmaker Jo Ruxton for a fascinating talk, and behind the scenes look into of the making of the movie.

Our oceans are filling up with so much plastic waste that there are few animals in the marine environment that have not ingested it in some way.

A third of all fish studied have plastic in their guts, more than two thirds of all seabirds have swallowed plastic and 100% of mussels, studied in European coastlines, contain microplastics.

This talk begins with a look back into recent history and we discover the simple belief that is responsible for the mess we are currently in.

The road to making the film ‘A Plastic Ocean’

What started off as a visit to the so-called, ‘Great Pacific Garbage Patch’ ended up with a documentary feature film that takes us on a global journey that not only looks at the extent of plastic in the oceans and how it affects the wildlife that lives there but it also examines the potential threat to human health.

We will hear about the location choices, the trials that hindered almost every one of them and how the stories had to evolve to make each sequence a success. The crew themselves were on a steep learning curve from start to finish. The final section of the film looks at the potential solutions and as with the film, this talk will be a wake-up call that will equip its audience with all the information they need to make changes in their own behaviour and help us to turn the tide on this problem.