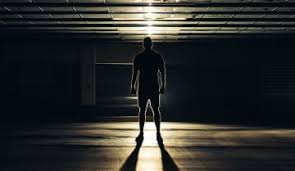 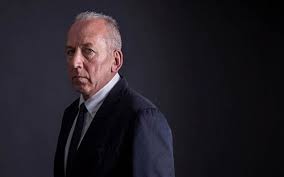 Join Peter Bleksley, former UK police officer, writer and TV personality on Hunted & Celebrity Hunted. As he recounts his life as an undercover officer, infiltrating some of the most dangerous organised crime units of our time, and later investigating and solving infamous cold case files.
Since leaving the police Peter has widely researched and written about some of the UK’s worst unsolved murders. On one occasion he confronted a cold-blooded executioner in a pub car park and accused him of murder. This and many other tales of Peter’s exploits will feature in his talk.
I was an errant youth. My single Mum paved the way for me to join the police, rather than pursue a life of crime. As a cop, I caught murderers, rapists and some of the worst people involved in serious and organised crime. I worked undercover for over a decade, posing as an international drug dealer, gun runner, purveyor of counterfeit currency, high-value stolen goods and antiques, and on a few occasions I fooled baddies into thinking I was an assassin for hire. A serving policeman wanted a love rival killed, even he was fooled into thinking I was the real deal. The Mafia and terrorists were convinced I was one of them.
I paid a heavy price for all of this. When international gangsters worked out I was an undercover cop, they hatched a plot to murder me. This was discovered by the FBI through a phone tap they had in place in a bar in Boston, Massachusetts. I had to hurriedly abandon my home and my identity and move into the witness protection programme. That proved to be a horrendous experience as I drank too much, smoked too much, continued to work undercover and eventually went into complete meltdown. I left the police via a lock in psychiatric ward.
On leaving the police I decided to write my autobiography, The Gangbuster, which was published in 2001. This book propelled me into the world of TV drama, where I have worked alongside James Nesbitt, Idris Elba, Danny Mays and more. I have written my own plays for BBC Radio4. However, I have remained fascinated by the fact that so many murders go unsolved, and for many years I have researched and written about them. In 2017 ‘On The Run’ was published, a book that details this type of work, and includes the moment when I confronted a cold blooded killer in a pub car park. My next book, ‘To Catch A Killer’ is published in November 2018 and details my journey through investigating arguably the most fascinating unsolved murder of the 21st century, the shooting dead of Alistair Wilson. In recent years I have become known for being The Chief on Channel4’s hit show Hunted and Celebrity Hunted. We have just shot another series of both shows, due for transmission in November 2018 and January 2018. I have tales to tell!
Tickets £12