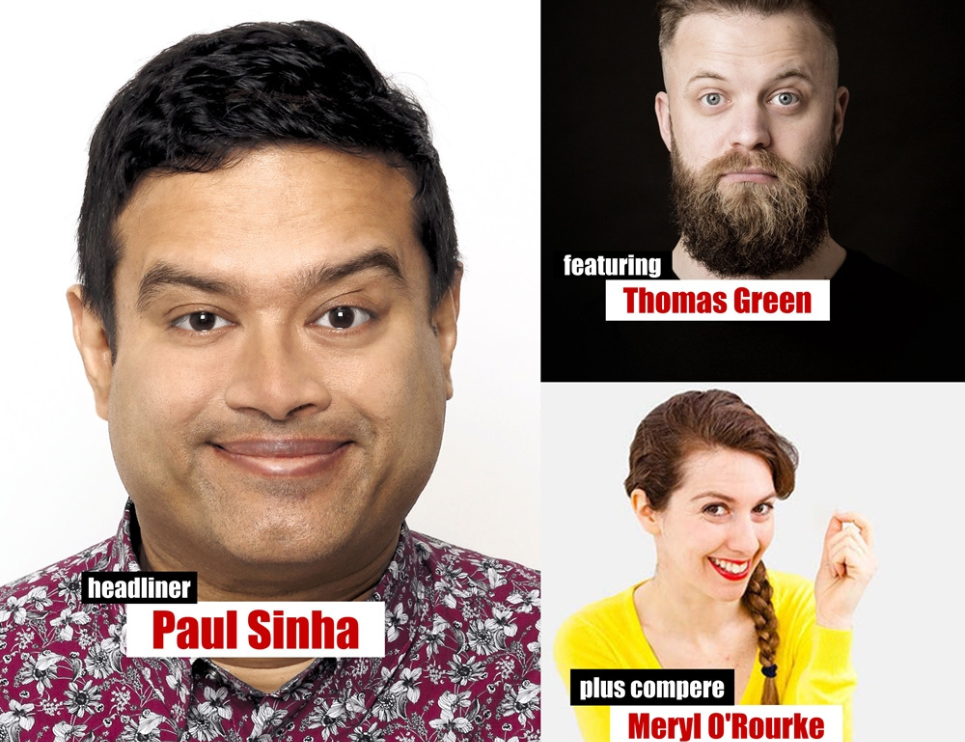 Since leaving his career in medicine, comedian Paul Sinha has carved out one of the most varied careers in entertainment you could imagine. A former British quiz champion and best known as one of ITV’s resident boffins on The Chase, the “Sinnerman” has performed stand-up comedy across the globe; and won the Best Club Comic Award at the Chortle Awards, the Rose d’Or Award for Best Radio Comedy and Best International Guest at the New Zealand Comedy Festival.
The host of his own ITV game show Paul Sinha’s TV Showdown, Paul has also appeared on the BBC’s Would I Lie to You? and QI, on Dave’s Comedians Giving Lectures, and competed, as a “memorable” contestant, on Taskmaster.
Alongside his many authored series for BBC Radio 4, Paul is a frequent guest on The News Quiz and team member on Round Britain Quiz.

“One of those comedians who makes you realise the power of stand-up comedy and the respect it deserves as an art form.” Yorkshire Post