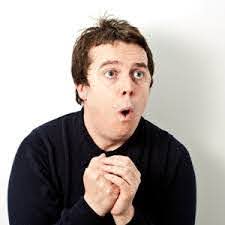 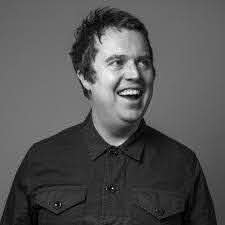 Paul McCaffrey is an award-winning comedian (Latitude New Act of the Year, London Paper New Act of the Year) and headlines at the biggest comedy clubs in the country. He has performed four critically acclaimed Edinburgh shows as well as major music festivals: Reading, Leeds, V Festival, Bestival, and Latitude.

“The relaxed assured confidence of a stadium filler” Chortle

Described by the Sunday Times as a ‘truly gifted stand-up’, Joanne has been taking Ireland’s comedy scene by storm with sell-out tours, hilarious chat show appearances, newspaper articles, and a hit documentary all under her belt. Now firmly on the UK comedy circuit, she’s enjoyed sell-out Edinburgh runs with her stand up shows Wine Tamer and The Prosecco Express. She toured Ireland with both shows and sold out her Soho Theatre run

Tickets sold as tables of 2-4.

For Christmas Dinner & Comedy Packages add £20pp to the price of the comedy ticket. Christmas dinner & comedy packages are purchased via the Comedy Box. To see our Christmas menu please click here