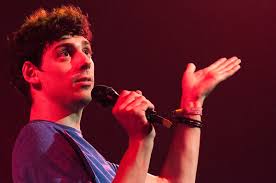 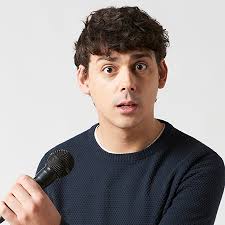 Star of E4’s The Hangover Games, comedian and TV presenter Matt Richardson is back for some more low brow yet charming comedy. Heat Magazine’s Weird Crush Of The Year 2014 headlines with his high wattage charisma and charm.

Following his success as a stand-up Matt has made already made a name for himself on TV and radio.  He is the only comedian presenting on Virgin Radio, as host of the Drivetime show.  He has also hosted shows including The Xtra Factor (ITV2), Just Tattoo Of Us (MTV) and Celebrity Haunted Hotel Live (W), and has appeared on The Chase (ITV), CelebAbility (ITV2), Westworld: The Story So Far, (Sky Atlantic), Top Gear – Extra Gear Series 3 (BBC Three), The Chris Ramsey Show (Comedy Central), Never Mind the Buzzcocks (BBC Two), Celebrity Juice (ITV2), Drunk History (Comedy Central), Sweat the Small Stuff (BBC Three), It’s Not Me It’s You (Channel 5), Fake Reaction (ITV2), and I’m a Celebrity Get Me Out Of Here Now!(ITV2).  Matt’s live stand-up also includes a performance at this year’s Latitude Festival.

“One of the top comedians in Edinburgh this year” Theatreweekly.com