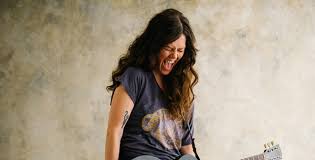 Lilly Hiatt’s breakthrough record, Trinity Lane, produced by Michael Trent of Shovels & Rope was described as “Courageous and affecting” by NPR Music, and Rolling Stone said it was “The most cohesive and declarative statement of the young songwriter’s career.” Twelve tracks of confessional reflection on love, loss, addiction, heartbreak and hope, it more than fulfilled the promise shown by its predecessors.

Daughter of John Hiatt, Lilly shares her father’s love of American music as well as his talent for turning personal emotions into stunning songs.