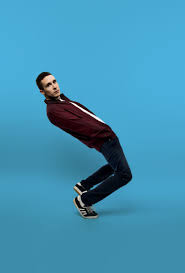 Multi award-winning Glaswegian comedian Larry Dean is fast rising up the ranks to inevitably become a truly international arena comic, judging by his increasing reputation and popularity at various comedy festivals around the world. He was crowned Scottish Comedian Of The Year when he was 23, and since then his star has continued to rise. His 2015 debut Edinburgh Fringe show Out Now! received both widespread critical acclaim and a nomination for the Edinburgh Comedy Award for Best Newcomer.

In 2016 Larry returned to Edinburgh with his eagerly awaited show Farcissist, for which he won the Amused Moose Comedy Award for Best Show. His show Fandan enjoyed a sold-out run at the 2017 Edinburgh Fringe and was one of the British Comedy Guide’s Top 10 Best Reviewed Shows in this year. 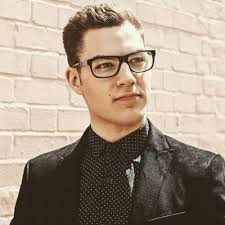 “Unexpected and excellent” The Sunday Times

“I doubt it’ll be too long before he’s being snapped up for countless panel games like Mock the Week and 8 Out of 10 Cats.” The Metro

“Dean is unmissable, with razor-sharp gags and precise timing, proving that he is one to watch in years to come.” Ed Fest Mag