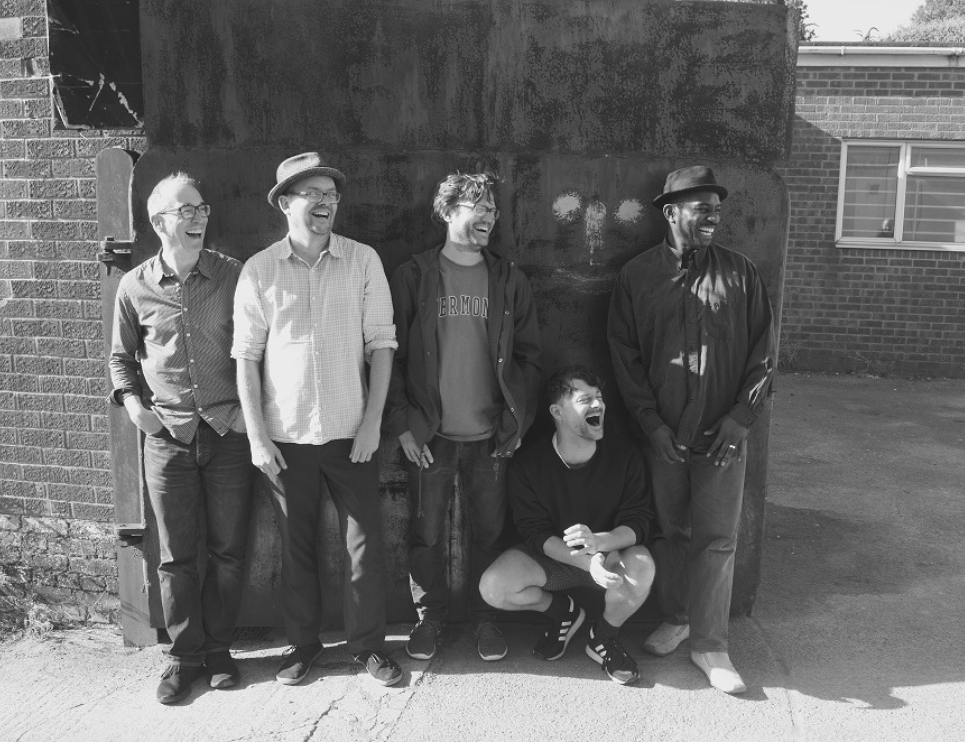 A UK jazz super-group, Out Front formed to play the music of two of jazz’s greatest ‘inside-outside’ masters: Booker Little and Andrew Hill.

Drawing on a wealth of fabulous compositions and featuring a rich line-up of three horns, drums and bass, the band explores the vast possibilities of this music, from joyous straight-ahead time playing to the most open of improvisation.

The band and club would like to send our best wishes to the group’s regular alto saxophonist Jason Yarde [in the photo], who recently suffered a serious stroke, and to thank Dee Byrne for stepping in to cover.

Trumpeter Nick Malcolm is a versatile performer in any style – he can be heard playing blistering hard-bop in the Jazz Defenders through to completely improvised free jazz. You can check out Nick’s own music on Bandcamp here https://greeneyesrecords.bandcamp.com

Dee Byrne is a powerful alto sax player who has previously appeared at the club some years back with her bands Entropi and MoonMot. Her new sextet Outlines has a new album soon to be released on the prestigious Whirlwind label.

Jake McMurchie is of course one of Bristol’s most successful musical exports, appearing with Get The Blessing at many major UK and European festivals.

Olie Brice has become one of the UK’s most in-demand bassists for the improvised/free scene, working with players such as Paul Dunmall and Evan Parker. “Brice makes the entire body of his bass sing. He has the ability to deliver a fractal line that is as purposeful as any by the great jazz bassists, but to do so within an entirely abstract setting” – Brian Morton, Point of Departure.

Drummer Dave Smith has now appeared at the club quite a few times with various bands. He has performed with US jazz greats such as Eddie Henderson and Donny McCaslin, but is possibly best known for his time with Robert Plant and the Sensational Space Shifters.