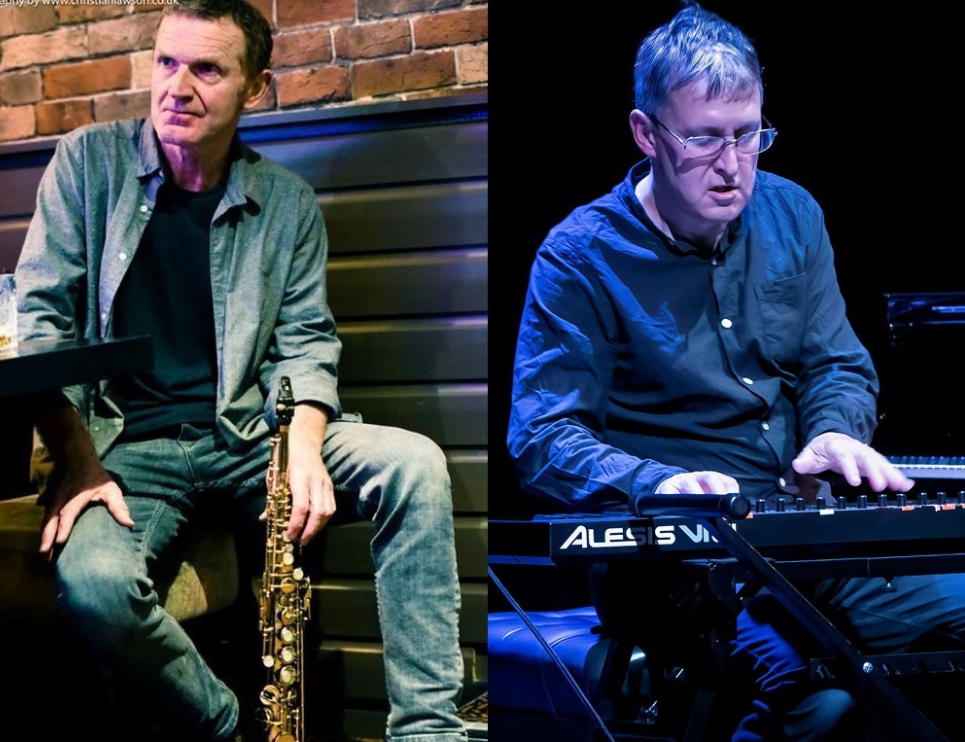 Saxophonist Jon Lloyd arrived on the UK free jazz scene in the early 1990s and rose to prominence with recordings on Leo records and HatHut, and with many UK and European concerts with his quartet comprising John Law, Paul Rogers and Mark Sanders. Highlights during this period included Berlin’s FMP Festival, several Arts Council tours and the 1993 Contemporary Music Network tour with the Bill Frisell Band. Over the years Jon has embraced contemporary composition, abstract improv and jazz, but in the last decade has developed his music towards the European Jazz aesthetic, notably recording “Vanishing Points” in 2013 with Asaf Sirkis, Tom Farmer, John Law and Rob Palmer.

This new 2023 quartet reunites him with superb pianist John Law and includes the young rhythm section of Alex Goodyear on drums and Henrik Jenson on bass. This February gig is the first gig of the quartet and showcases Jon’s recent pieces written in a contemporary European idiom.

John Law is one of the outstanding pianists in the UK. His solo, duo, trio and quartet projects have played throughout the UK and Europe for 30 years, and has played with many of the greats of UK jazz: Asaf Sirkis, Yuri Goloubev, Andy Sheppard, Tim Garland, Paul Dunmall. His most recent projects include “Congregation” with Ashley John Long and James Mainwaring, “Re-Creations” with Sam Crockatt and “Renaissance” with Jon Lloyd and Patrick Dunn. John and Jon Lloyd have enjoyed a 30 year musical relationship, collaborating on many varied projects.

Bassist Henrik Jensen moved from Denmark to London in 1997 and is a graduate of the Royal Academy. He has toured the world from Tokyo to Moscow with various modern jazz projects and also as part of the band for close harmony group The Puppini Sisters. Henrik formed his quartet Followed By Thirteen in 2010, and the group are touring to coincide with the release of their third album.

Alex Goodyear is a rising star of the drums and is rapidly gaining national and international recognition, having toured Europe and Israel in late 2022.