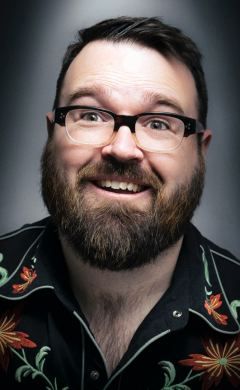 He has a dynamic onstage persona and the ability to improvise and roll with anything that’s thrown his way, making his comedy sizzle with originality.

“One of the funniest men to pick up a microphone” Time Out, London

“Christmas is robustly funny, his delivery confident and his show not to be missed” The List, Edinburgh