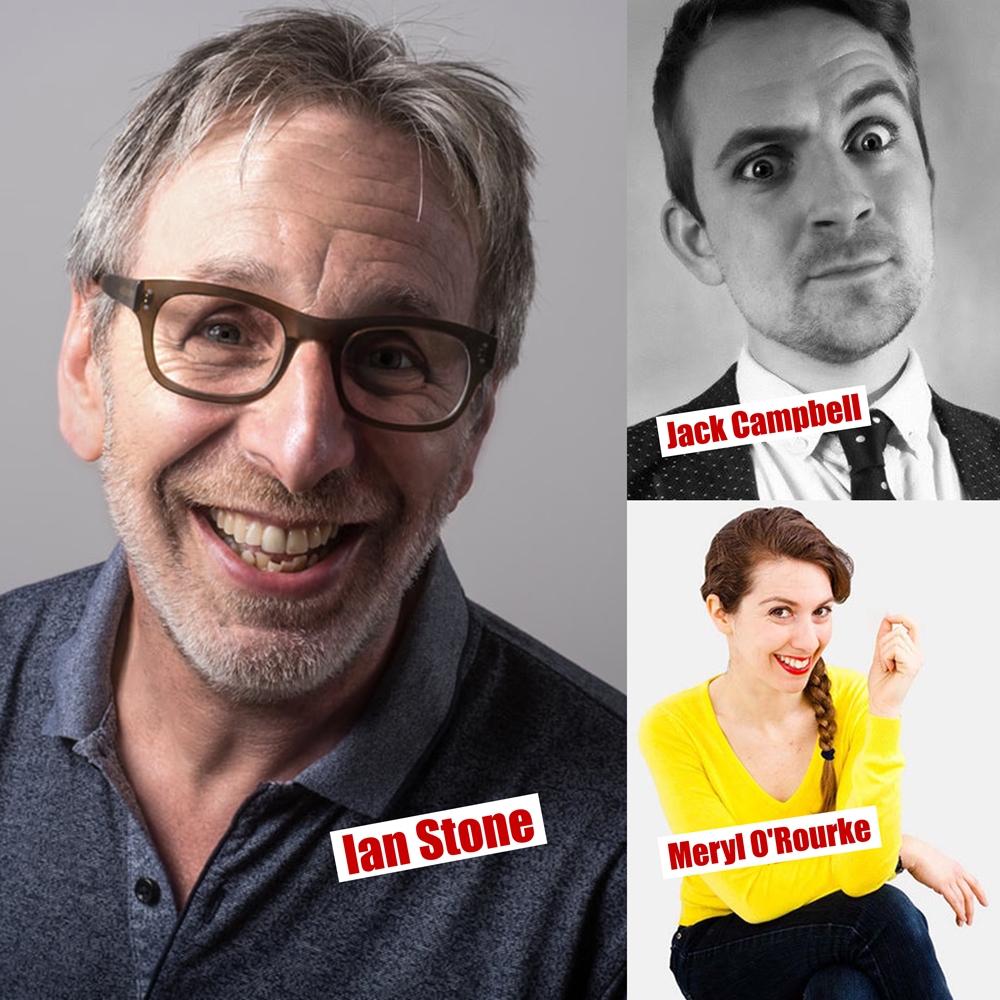 Stand Up For The Weekend With Ian Stone, Jack Campbell & Meryl O’Rourke.

Ian Stone is one of the most talented topical acts in the country. Edgy and provocative, with an easy-going manner and self-deprecating style, Ian is also a member of the Comedy Store’s critically acclaimed ‘Cutting Edge’ team – a weekly residency of topical stand-up.
Ian Stone has performed all over the world and is a regular guest on Radio 5 Live’s flagship sports panel show Fighting Talk. He also presented Channel 5’s Comedy Bigmouth in 2017. In 2020 Ian wrote and published his first book To Be Someone, an in-depth look at his teenage years in the late 1970s with his favourite band The Jam as the backdrop.