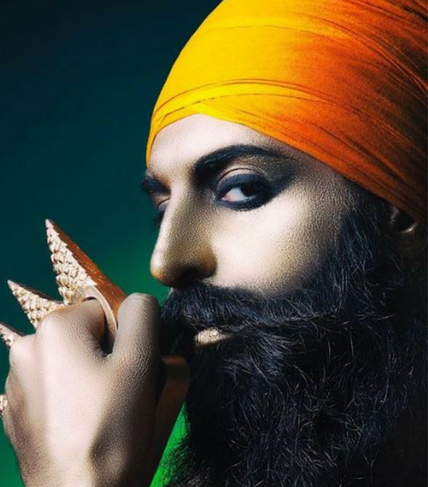 A multi-talented star, Humble is a YouTuber, MC, rapper, songwriter, a spoken word poet, a published author, and a former elementary school teacher.

Kanwer Singh, more commonly known as Humble the Poet, is a powerful influencer who has international reach. Humble is a wordsmith who uses his talents to lift people up and spread life lessons.

So, what does that mean? What does Humble actually do?

He began his YouTube career around 2009 with funny videos starring his friend Harman aka Harman the Hater. Episodes of Harman the Hater led to lyrical videos of his music, and then to full-on music videos. He released remixes rapping over popular songs, diss tracks, freestyle raps and more. He collaborated often with Sikh Knowledge, Baagi and Keith Rice aka King! in his music. He became the voice of the young desi generation with his music, like the mixtape “The Poetry Project” and his website Brwnppl.com, the latter which, sadly, is no longer active. Though we have huge South Asian social media stars now, Humble was one of the few who started the game.