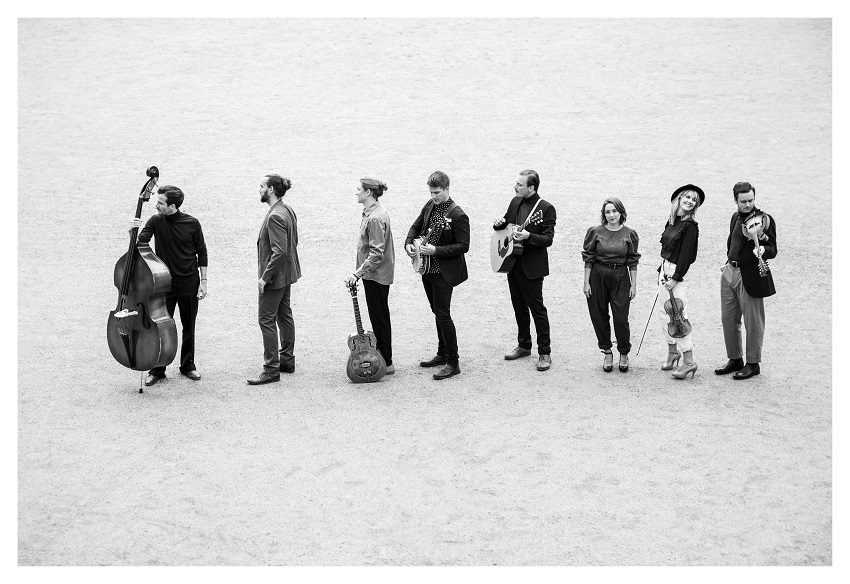 Norway-based Hayde Bluegrass Orchestra began after the soon-to-be lead vocalists first heard the music of Alison Krauss and Dan Tyminski while watching the Belgian movie “Broken Circle Breakdown” one night in a theatre in Oslo, Norway. Inspired by the soundtrack, they got a group of friends together to play the music from the film. After a couple of weeks of practice, the newly-formed Hayde Bluegrass Orchestra recorded “Wayfaring Stranger” in the fiddle player’s living room. 10,000,000 channel-plays and 40,000 subscribers later, the band has enjoyed a large amount of attention from an American audience in all 50 states in the union and was most recently offered to play at AmericanaFEST, IBMA, Folk Alliance International Conference and Dollywood.

On the record, Hayde serves up thick vocal harmonies and catchy melodies in their driving, up-tempo tunes and lyrical ballads. With original songs steeped in the folk music traditions of the Appalachian Mountains, beams of Celtic and Norwegian fiddle tunes pierce through the sound of the eight-piece acoustic ensemble