Born in the UK but raised in New Zealand, Cordez has lived and worked in London, Madrid and New York before settling in Bristol where he has become a major presence in our music scene, both as a performer and as a lecturer at BIMM music college.

Over the course of three CD releases Greg has developed his distinctive compositional style, combining rock and jazz influences with hints of Americana and nods to groups such as the Bad Plus. His music places strong melodies over powerful repetitive grooves, with everything underpinned by his warmly understated bass sound.

For CDs 2 and 3 Greg chose to record in New York with an impressive array of US players. His second release Last Things Last was an Editor’s Choice in Downbeat magazine, a rare accolade for a UK artist. His latest album Magnolia was recorded in Feb 2020 but only released at the end of June this year due to the pandemic. It features guitarist Steve Cardenas, saxophonist Tony Malaby, pianist Jon Cowherd and drummer Kenny Wollesen, all hugely respected figures on the US jazz scene. 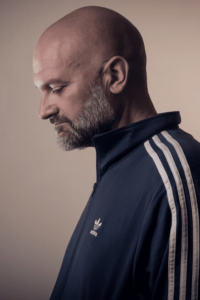 Whilst it’s fascinating to hear Greg’s music interpreted by these great players on the recording, he has assembled a UK cast of like-minded musicians who are more than capable of bringing the music to life with their own interpretations.

Saxophonist Nick Dover is a graduate of the Royal Academy and has tutored for the National Youth Jazz Orchestra of Scotland. He’s firmly established as one of Bristol’s finest players having appeared in the Three Tenors band alongside Andy Sheppard and Ben Waghorn.

Guitarist Steve Banks has been described in Jazzwise Magazine as evoking a “Metheny-esque lyricism”, and opened the club’s autumn season with his own group back in September.

Rebecca Nash is a highly respected and in-demand UK pianist and composer. Her recent album ‘Peaceful King’ on Whirlwind records was received with enthusiastic acclaim in both UK and US. “One of the freshest most creative talents in the UK at this present time” UK Vibe

A special additional treat is a rare Bristol appearance from one of the UK’s top jazz drummers, Andrew Bain. Originally from Scotland, Andrew moved to New York in 2001 to undertake a Masters at the Manhattan School of Music. Having completed his qualification he worked in the USA for several years before returning to the UK in 2007. He is now Deputy Head of Jazz and a Senior Lecturer at the Royal Birmingham Conservatoire alongside being Artistic Director of Jazz for the National Youth Orchestras of Scotland.