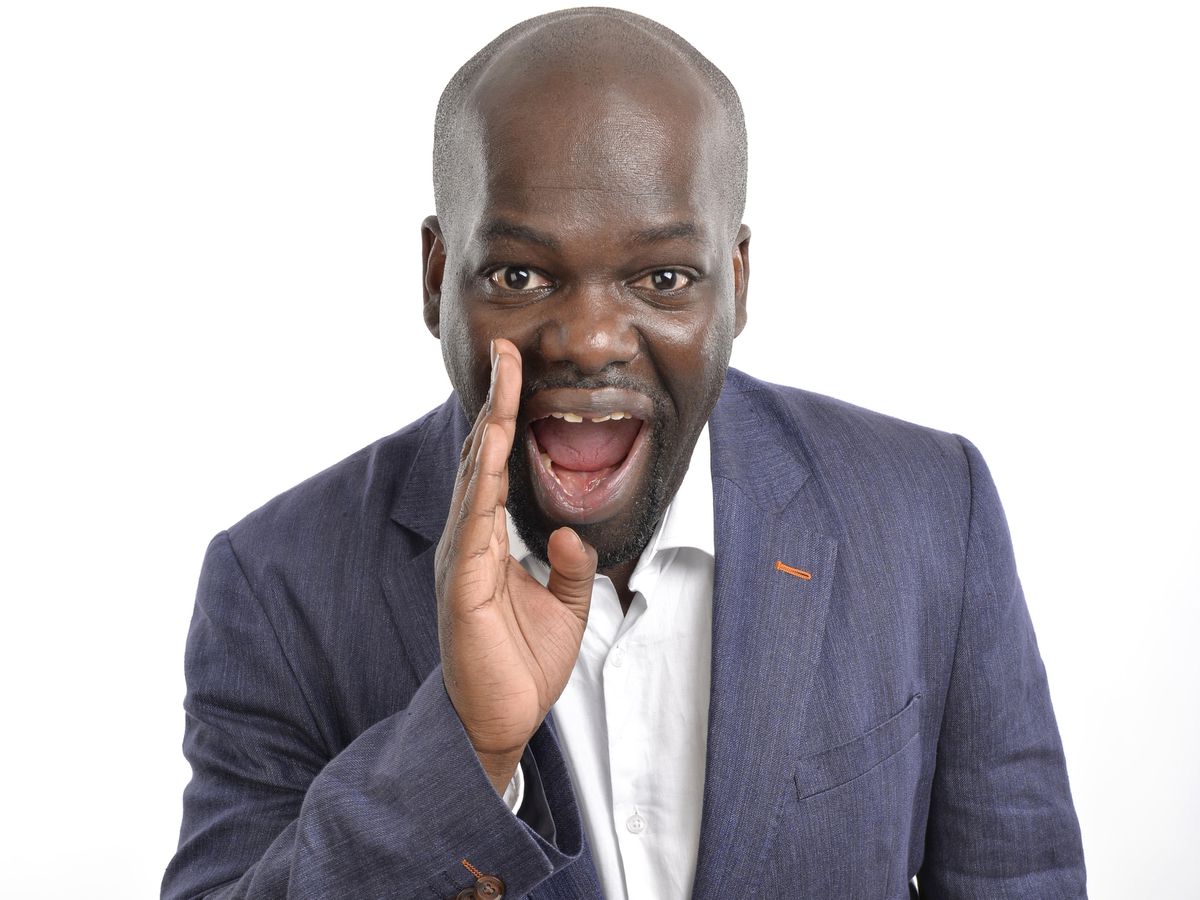 Daliso Chaponda began his comedy career in Canada with the acclaimed one-man show ‘Feed This Black Man’. Following this, he began honing his craft in comedy clubs across the country.  He regularly appears in comedy clubs and theatres around the world. He has been part of the Melbourne, Edinburgh, Singapore, Cape Town, and Montreal Festivals.

In addition to stand-up comedy, Daliso is also a prolific fiction writer. He has published science fiction, murder mysteries and fantasy fiction in numerous magazines and anthologies. Recently, a play he co-wrote aired on BBC Radio 4.

But Daliso is probably best known for coming third in the final of Britain’s Got Talent in 2016, wowing the nation with his stories on coming from Malawi. This led to him touring his solo show What The African Said across the UK in 2017 to sell out theatres. He has also since produced two series of his comedy show Citizen Of Nowhere for BBC Radio 4.

Daliso Chaponda is a hugely engaging and highly intelligent stand-up comedian. He explores all sorts of challenging subjects including race, politics, religion, pandemics etc but always endeavours to find the humour in these challenging topics.