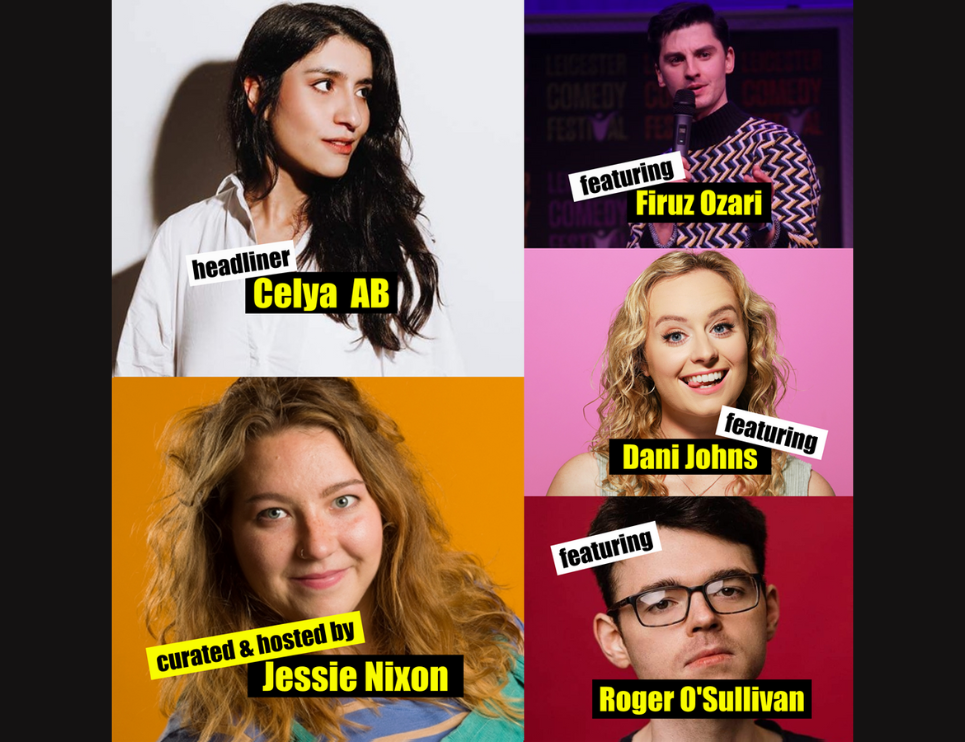 Join us for a fantastic night of comedy in the Chicken Shed at The Hen and Chicken!
Circuit Breakers is a monthly night which showcases the best up-and-coming talent on the UK comedy circuit. Each month we invite a comedian to host the show and book a line-up of acts of their choosing.
This month’s curator and host is rising Bristol comedian Jessie Nixon who will be introducing:
Headline Act – Celya AB
Originally from Paris, Celya AB  is a fast-rising, multi award winning writer-performer, with a magnetic stage presence and brilliantly crafted material. Tour support for Maria Bamford and David O’Doherty, The Guilty Feminist and Fern Brady.