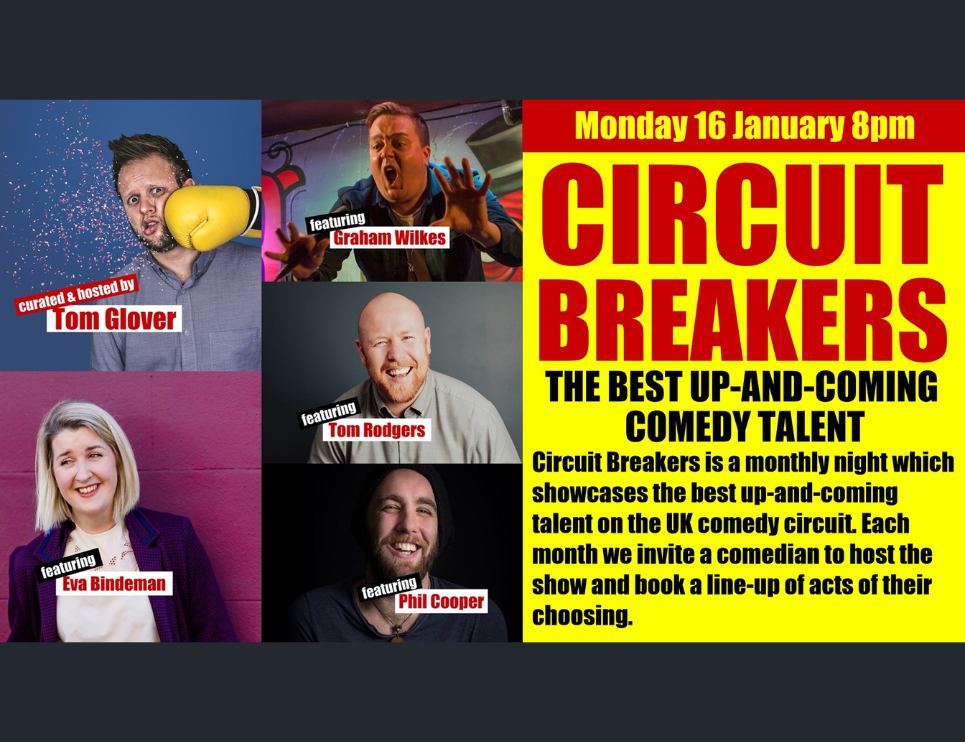 Join us for a fantastic night of comedy in the Chicken Shed at The Hen and Chicken!

Circuit Breakers is a monthly night which showcases the best up-and-coming talent on the UK comedy circuit. Each month we invite a comedian to host the show and book a line-up of acts of their choosing.

This month’s curator and host is Devonian comedian Tom Glover who will be introducing:

Charming Welsh comedian Phil Cooper brings a unique blend of storytelling and smart jokes to any stage. As well as live stand-up in the U.K./Europe Phil is also an experienced TV and radio and warm-up.​​ In 2019 Phil appeared on BBC Sesh (the BBC’s platform for Welsh talent) and had his own hour-long solo comedy TV special aired on S4C in December 2017.

Phil will be joined on the bill by up-and-coming talent Graham Wilkes, Eva Bindeman and Tom Rodgers.

Freshly made pizzas are served in the bar!