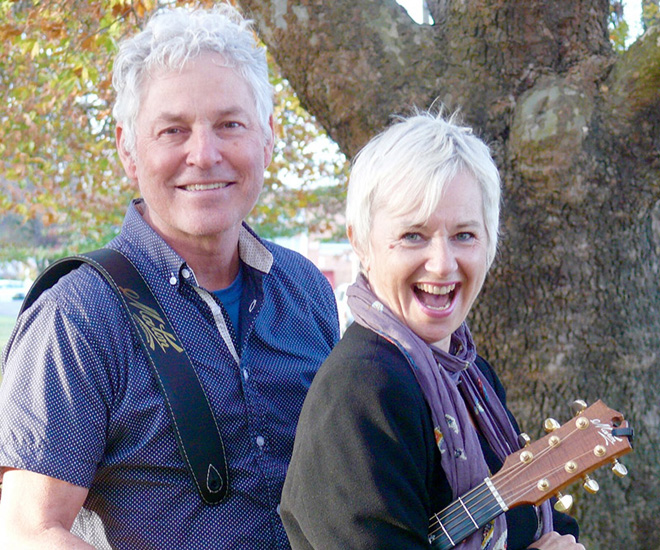 Christine Collister’s career now spans an incredible 34 years! Over that bridge of time she has released 20 albums,  a DVD celebrating 20 years in the business and a single with the BBC: the theme tune for “The Life and Loves of a She-Devil” in 1984. Throughout, she has mesmerized and astounded with her unique blend of soul, blues, pop, jazz, country and folk, and today she remains as powerful, subtle and effortless as ever. 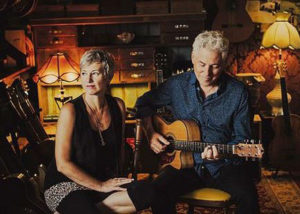 Following a fruitful association with The Richard Thompson Band, Christine enjoyed a period of critical and commercial success in a seven-year partnership with Clive Gregson. She also toured and recorded with the female super group Daphne’s Flight.

In 2017, 21 years after their first collaboration, they have released a highly acclaimed album: “Knows Time, Knows Change“ on Fledgling Records. With a hugely successful tour of the UK in the spring of 2017 under their belts and sounding better than ever, there are plans to make this a regular part of their collective touring life.

Solo albums recorded over the past decade or so have seen her convincingly interpret Smoky Robinson, Nick Drake, Robert Wyatt, Tom Waits, Paul Simon, U2 and Lal Waterson, amongst many others – whilst with every year; her own self-penned or co-written compositions have developed in depth and expression.

Christine Collister has always enjoyed the collaborative process and has been an integral part of many and varied musical projects over the years. Her most recent collaboration with brilliant Australian guitarist Michael Fix has been a successful and a delightful surprise for them both. 2018 sees them return to the Australian Festival scene. They are very excited to be performing together for the first time this October/November in the UK

‘Christine Collister’s singing was powerful and emotional, shifting effortlessly from soft and angelic to knock you out Janice Joplin style. Michael Fix’s guitar was equally superb. He provided tasteful support in the most charming way and would then explode into amazing virtuoso runs across the finger board, all impeccably tasteful and clean.’ Troubadour magazine (Woy Woy, NSW) concert review, Michael Fine

“ … a voice personally delivered by God.” The Times

“Christine Collister can sing the birds down off the trees and send them back with a tiny flick of her vocal chords.” Mojo