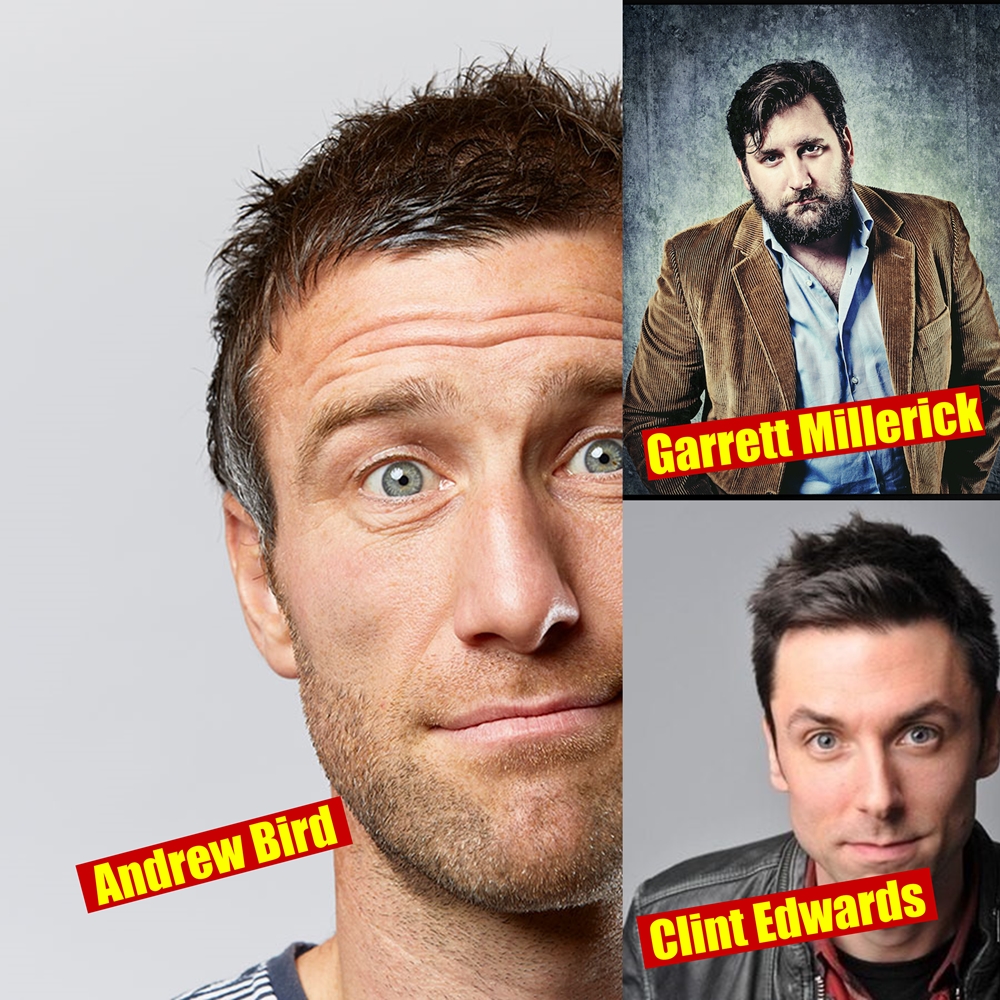 Stand Up For The Weekend with Andrew Bird featuring Garrett Millerick plus compere Clint Edwards.

Andrew Bird is a top headline act throughout the UK and Ireland and has performed all around the world. He is highly in demand as a tour support for big-name comics such as Rhod Gilbert, Rob Brydon, Jon Richardson and Michael McIntyre playing venues such as Wembley and O2 arenas, and is one of the hardest working TV warm-up acts in the industry having worked on shows as varied as Pointless, Have I Got News For You, The Jonathan Ross Show and Taskmaster.
There is a very good reason for Andrew Bird’s popularity. He is always funny and frequently hilarious. He’s a nimble storyteller, with a relaxed, personable style. He simply proves cracking company, whether he’s got an angle or not. Fast, fluid and animated, you might mistake his relentless chatter for a spontaneous stream of consciousness, were it not so effortlessly reliable in generating laughs.

“A great storyteller, funny, likeable and effortless” Time Out

“Comedy gold…Bird’s going to be a big star, catch him close-up now” The Scotsman